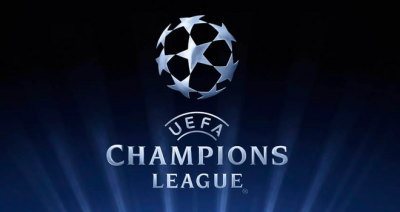 The 2014/15 Champions League draw took place this week and we now know which teams will be going toe to toe in the group stages of this prestigious competition.

The full group draw was as follows:

Defending champions Real Madrid are favourites across the board to retain their title with Cristiano Ronaldo and co available at a general price of 7/2.  The Spanish giants have been draw in Group B, which on paper at least should be a relatively straightforward task for Carlo Ancelotti’s men.

Liverpool look to be the biggest threat to Real in the group stages and Brendan Rodgers’ side do have a good record against Real Madrid in the Champions League, something which should give the Reds plenty of confidence, particularly in the match at Anfield.

Liverpool are a best price of 28/1 with Coral to lift this season’s Champions League trophy and can also be backed at odds of 4/1 to win Group B.  Madrid are the favourites to win Group B however, with the bookies putting them in as long odds on shots at 2/7.  Basel and Ludogorets Razgrad make up the sides in the group but neither look to have much chance of qualifying.

Last year’s Champions League runners-up Atletico Madrid would appear to have strong claims of once again making it to the knockout phase of the competition.  The Spaniards have been drawn in Group A alongside Juventus, Olympiakos and Malmo, and it is Atletico who are the bookies favourites to go through as group winners.

Boylesports and Coral both go even money about Diego Simeone’s side topping Group A, while Juve aren’t far behind in the betting and can be supported at best odds of 6/4 at William Hill.  Juventus were Serie A champions last season and will be bidding to put Italian football back on the map in the biggest European tournament of them all. They might well do so at the expense of Atletico Madrid.

Chelsea have once again had luck on their side where the Champions League draw is concerned and it will be a major shock if Jose Mourinho does not take his side through as Group G winners.  4/11 with Betfred is the best price available on the Blues winning this group, their only realistic challengers appearing to be Schalke, who themselves are a 5/1 chance to top Group G at Coral.

Group D is where we find Arsenal and it definitely could have been worse for Arsene Wenger’s side. Galatasary, Borussia Dortmund and Anderlecht are the three sides who will be visiting the Emirates during the group stage and the Gunners should have just about enough around them to make it to the next phase of the tournament as group winners.  The bookmakers can’t split Arsenal and Dortmund, but personally I’d take the North London side to edge it at odds of 11/10 with bet365.

Manchester City have once again been handed a nightmare of a draw in Group E and while they should get out the group stages, they may have to settle for second position.  As was the case last year, City have been drawn alongside German champions Bayern Munich and it is asking a lot of Manuel Pellegrini’s men to finish above such a dominant opponent.

Trips to Roma and CSKA Moscow are also going to prove challenging and the 2/5 on offer for Manchester City to qualify seems a little stingy to me.

I’m going to be backing Juventus to win Group A, Arsenal to top Group D and in the outright market, look no further than Chelsea, who can be backed at a stand out price of 15/2 with Ladbrokes.