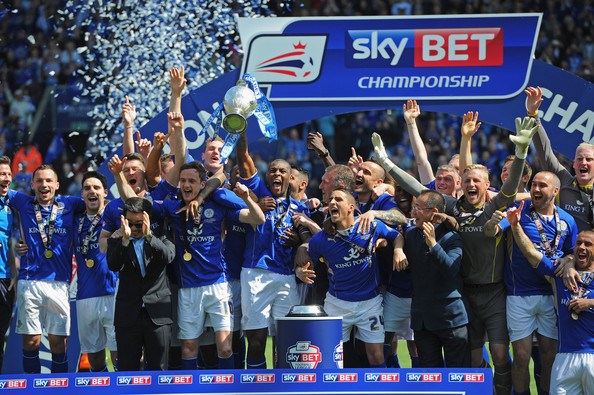 The new Championship season gets under way this Friday evening, with the opening fixture seeing newly relegated Cardiff travel to Ewood Park to face Blackburn. The Bluebirds begin this campaign as the joint 7/1 favourites with Derby County to win the division and manager Ole Gunnar Solskjaer will be desperate for his side to secure a return to the Premier League at the first time of asking. Fulham and Norwich City were the other two sides to be relegated from the Premier League at the conclusion of last season. The West London side can be backed at odds of 9/1 to return to the top division as champions, while Norwich City are just a point bigger at the 10/1 mark. It’s going to be very interesting to see whether these three demoted sides are able to bounce back and sustain title challenges during this upcoming campaign.

Following the arrival of Uwe Rosler as manager last December, Wigan Athletic’s fortunes turned around in dramatic fashion. The 2012/13 FA Cup winners were relegated the same season and struggled during the first half of their Championship campaign under Owen Coyle. The former Bolton boss left by mutual consent and the decision to replace him with Rosler proved an inspired one by chairman Dave Whelan. Other than the Europa Cup exit during his first game in charge, the former Manchester City striker took Wigan from potential relegation candidates to a spot in the play-offs. Wigan also defeated Manchester City en-route to the FA Cup semi-finals and I’ll be very surprised if they aren’t challenging at the top end of the table this season. Wigan are available at 9/1 and that looks like cracking each way value.

While I haven’t heard then being mentioned as realistic promotion contenders, I feel that Wolverhampton Wanderers could well be over priced for the 2014/15 Championship at odds of 20/1. This West Midlands side have one of the best managers in the country for my money in Kenny Jackett and Wolves could well build on the positive displays which gained them promotion from League One last season. The club went through a very traumatic period prior to Jackett’s appointment in May 2013 but he managed to succeed where both Stale Solbakken and Dean Saunders had failed. Wolves set a new club record points total when winning the third tier of English football during the last campaign and their squad has plenty of strength in depth. I’ve been impressed with their commitment during pre-season and feel that Wolverhampton Wanderers are the dark horses in the Championship this year.

Blackpool rank as huge outsiders for the Championship title and have been put in at odds of 200/1, double that of any other side in the division. The Bloomfield Road outfit had just eight players on their books coming into the month of August and there have been various protests from fans prior to the new season getting under way. Jose Riga was installed as manager in June, a full five months after the dismissal of Paul Ince. The Seasiders were extremely fortunate to avoid relegation from the Championship last season, and it’s difficult to see how they are going to achieve the feat two years in succession.

The Championship seems to get bigger and better each and every year, and while it can’t quite rival the Premier League in terms of quality, the entertainment value is often just as huge. This season looks set to provide fans with another competitive race for the title, and I’m hopeful that Wigan and Wolves can give us a healthy return come next May.

Back Wolverhampton Wanderers each way at 20/1 with bet365