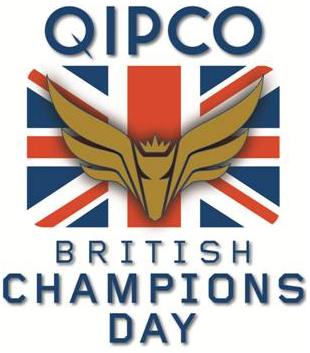 One of the biggest events in the flat racing calendar takes place this Saturday, as Ascot stages the 2014 renewal of British Champions Day.  The prospect of heavy rain had thrown this meeting into doubt, but the BHA has stated that there is currently no need to plan for a possible abandonment.  Soft or even heavy going could mean that we see some defectors from the high class fields, but connections will certainly run if at all possible due to the huge prize money on offer.

Having first been held in October 2011, Champions Day is a relatively new event, but it is now the richest in British racing, with in excess of £3.4 million up for grabs.  This meeting was created by combining different races from both Ascot and Newmarket’s end of season events and although there was initially opposition to taking these races away from racing’s so called HQ, the decision appears ultimately to have been a wise one.

In 2012, a record crowd of 32,000 came to Ascot Racecourse to see unbeaten colt Frankel run the final race of his career, when he won the Champion Stakes. With five Group races on the Champions Day card, it will likely continue to attract huge crowds for many years to come.

The QIPCO Champion Stakes is arguably the highlight on Saturday, although Ascot card is one full of highlights to be fair.  Favourite for this race as things stand is the eight year old French raider Cirrus des Aigles.  Currently available at a best price of 6/4 with bookmaker Coral, this horse has a superb record in the Champion Stakes, having won the race in 2011 in addition to finishing second in both 2012 and 2013. This son of Even Top can definitely handle a bit of cut in the ground and should not be inconvenienced by conditions come Saturday. I definitely respect the chances of this multiple Group 1 winner, but I feel that the value in the race could well lie elsewhere.

The Lady Cecil trained Noble Mission has been a revelation this season, having won three Group races as well as finishing a close second on his two other starts. You can forgive his defeat in France last time out due to the fact that the extra furlong did not suit at all and this trip of one mile and two furlongs is without doubt the five year old son of Galileo’s optimum.

Prior to the Champion Stakes itself is the Queen Elizabeth II Stakes, which features some of the very best milers from all over Europe and it is the younger horses who hold sway with the bookmakers.  The Richard Hannon trained 2,000 Guineas winner Night Of Thunder currently heads the betting alongside Freddy Head’s Charm Spirit.  Both horses are on offer at a best price of 11/4 with bet365 and they have both beaten each other during the course of the season.

The most recent of those victories went to the French horse Charm Spirit during their clash in the Qatar Prix Du Moulin De Longchamp Stakes last month.  While Charm Spirit was only a head and a neck in front of Night Of Thunder, I feel that the former is still improving and should be able to confirm the form this weekend.

Punters looking for an each way alternative in this race could do a lot worse than David O’Meara’s Custom Cut.  The five year old gelding has been in fantastic form this season, winning his last five races in succession, and is worthy of the step up to Group 1 company.

Back Noble Mission at 9/2 with William Hill