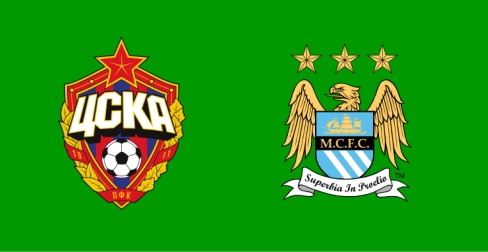 Current Premier League Champions Manchester City must make the long trip to Russia this Tuesday for an early 5pm kick off against tricky opponents CSKA Moscow.  Since becoming the benefactors of some serious investment, Manchester City have dominated on the domestic front, but have been unable to replicate that level of success when it comes to European football.  The Manchester side are already up against it following a defeat in Germany at the hands of old rivals Bayern Munich, as well as a disappointing 1-1 draw at home against Roma last time.

Although Manuel Pellegrini’s men have been put in as the odds on favourites for this game at a price price of 8/13 with Paddy Power, it will be no walkover in Russia.  CSKA Moscow are definitely a force to be reckoned with when they are playing in front of their home fans and with City struggling on the Champions League front, the huge price of 11/2 on offer about the Russians at Betfair makes plenty of appeal.  I can see this being a relatively low scoring affair, and it could well be that a 0-0 or 1-1 draw is a realistic outcome here, with the draw a general 3/1 chance.

With Chelsea beginning the new Premier League season in such impressive fashion, it is of huge importance that City keep pace with Jose Mourinho’s side and some positive performances in Europe will do a lot for the confidence of the Manchester City players.  Admittedly, City couldn’t have been handed a much tougher Champions League draw and they were always going to be up against it with Bayern Munich, Roma and CSKA Moscow all very formidable opponents.

They were unlucky away to Bayern last month, having looked like coming away from the Allianz Arena with a point until a late goal from former player Jerome Boateng broke City hearts.  It was the 1-1 draw with Roma that has really dented Man City’s hopes of winning the 2014/15 Champions League as they desperately need to be winning their home games in this group stage.  The trip to Italy in December could be where the runners-up spot is decided and seal City’s Champions League fate for another year.

CSKA Moscow currently sit bottom of Group E, having lost their first two Champions League games of the season.  A 5-1 defeat away to Roma will have hurt, but the Russian side can take some encouragement from their improved display against Bayern Munich last time, when limiting the German champions to just one goal.  Bayern did dominate the match but it took a Mario Gotze penalty to secure the three points at Arena Khimki.

Both Teams To Score?

It will be interesting to see whether Manchester City are able to do a better job of converting their chances on Tuesday night. I’d expect the away side to score at least one goal, and if you think CSKA can also find the back of the net, Ladbrokes go a top price 10/11 about both teams to score.  The no option in that particular market can be backed at evens with William Hill.

The fact that Manchester City were able to win against CSKA Moscow twice in Europe last season puts them very much in the driving seat as far as this game is concerned.  In both those matches, CSKA were able to find the back of the net and for that reason, I’m putting up BTTS at 10/11 with Ladbrokes as the best bet on this midweek clash.