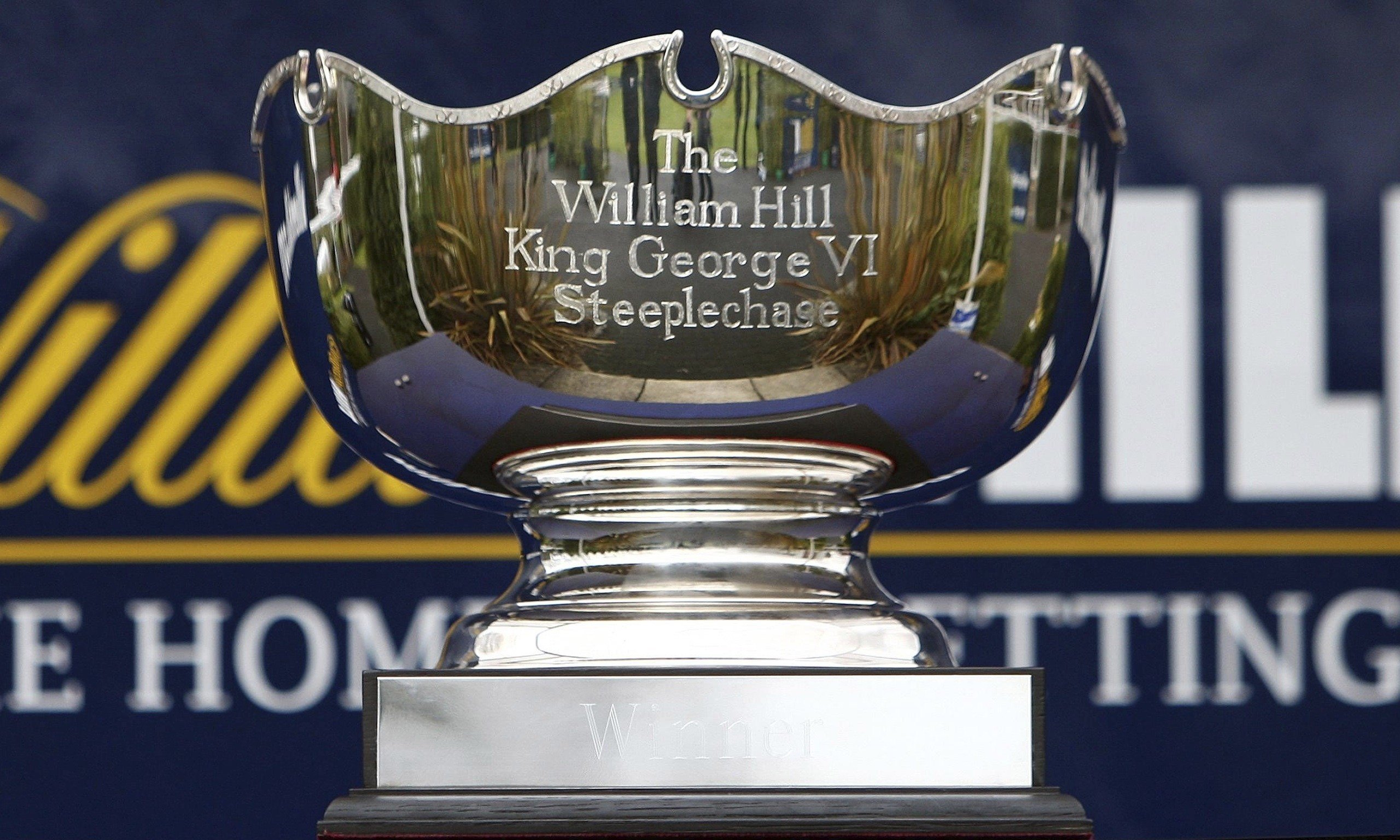 One of the most prestigious races in the national hunt calendar, the 2014 King George VI Chase takes place on Boxing Day, Friday 26th December, and looks set to be a thriller.

The Paul Nicholls trained Silviniaco Conti will be bidding to successfully defend the crown he won last year, and the bookies make the eight year old a best priced 5/2 chance to do just that.  Having recently landed the Grade 1 Betfair Chase at Haydock, Silviniaco Conti put a slightly disappointing effort in the Charlie Hall Chase well and truly behind him and William Hill go top price about the horse following up that impressive performance with another win at Kempton on Boxing Day.

The same horse winning the King George on multiple occasions is not uncommon, and Silviniaco is at an age where he should be at the peak of his powers.  Trainer Paul Nicholls has a fabulous record in this race, having picked up the trophy a total of eight times and Nicholls is sure to have his stable star primed for his title defence.  I have a slight doubt in my mind following the poor showing on his seasonal debut, but the fact the reigning champions was able to turn that form around in emphatic fashion at Haydock means he now deserves the favourite tag for the King George.  According to official figures, we should see Silviniaco Conti make it back to back victories in this Christmas showpiece, but it might not be completely straightforward for the jolly.

The Irish raider Champagne Fever has been well supported in the ante post King George market, with this second season chaser arriving off the back of an impressive success in the Grade 2 Clonmel Oil Chase.  For me, this horse has plenty to find with some of the other market principles, but he is still unexposed and it would be foolish to underestimate anything from the powerful Willie Mullins yard.

I won’t be backing the horse at the general price of 3/1 currently on offer, but I’m sure Champagne Fever will be one of the best supported runners in the race.  Willie Mullins’ sole King George success came back in 2001 with the legendary Florida Pearl and he sure to be very keen to add a second title this year. However, this seven year old has a BHA rating 18lbs inferior to that of Silviniaco Conti, and I feel that’s just too much of a gap to bridge.

I was seriously impressed with the way Al Ferof won the Amlin 1965 Chase at Ascot last time out, but there are plenty of negatives Paul Nicholls‘ second string would need to overcome to land the second Grade 1 chase of his career.  All of Al Ferof’s best performances have come over a trip shy of the three miles he faces on Boxing Day.  Couple that with the fact he was beaten over 14 lengths by Silviniaco Conti in the 2013 renewal, I’m finding it difficult to make anything more than an each way case for Al Ferof this year.  That being said, this talented nine year old should finish in the first three and on that basis, could well be an each way bet to nothing at 6/1 with bet365.

Cue Card has been below par this season and is yet to prove that he’s the same horse as prior to his injury problems, while Dynaste does have winning course and distance form but was distinctly average behind Silviniaco Conti last time and was bitterly disappointing in last year’s King George.

Try as I might, I can’t really see a viable alternative to the favourite here, and while I was very keen to take on the defending champion, he should win again this year.

If the weather stays relatively dry between now and post time, Menorah would be an interesting contender.  The Philip Hobbs’ yard have started this campaign with a real bang and although he was pulled up in last season’s King George, Menorah does have a very solid record at Kempton.  Bet365 go 8/1 about this quirky but talented individual, and Menorah should give us a decent run for our money at a working man’s price.

Back Silviniaco Conti at 5/2 with William Hill