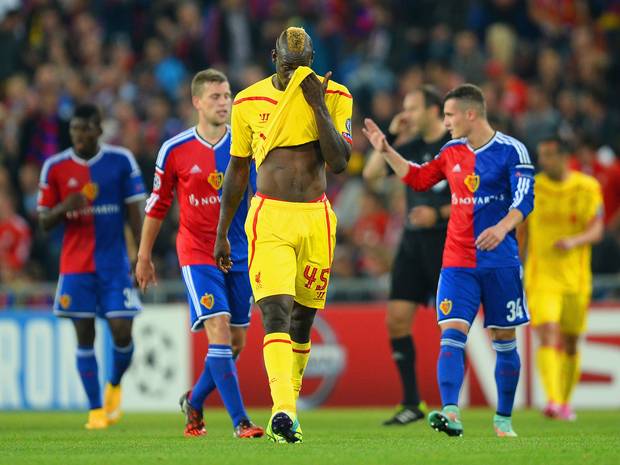 Liverpool go into the last game of the Champions League group stages needing a win at home to Basel to qualify.  Having been drawn in what looked like a fairly easy group compared to others, Liverpool fans were hopeful of a good Champions League campaign and would have expected to qualify for the knockout stages fairly comfortably.

Basel need just a draw from this game to qualify and come into this sitting pretty atop the Swiss league. They have had a mixed Champions League campaign, doing well at home but looking quite poor on the road so Liverpool will fancy their chances still, however it cannot be ignored that Liverpool are currently in poor form and lie in 9th place in the Premier League table.

Let’s take a look at how the bookies see things in the outright market.

I must admit to being surprised with the odds, Liverpool at 4/5 is not a bet I would be putting any money on.  There seems to be good value in the draw at 3/1 with Boylesports, Liverpool have been struggling to score a lot recently, with Balotelli out of form and Lambert not looking quite up to the standard needed at the very top level.

Basel can be obtained at a big 17/4 with Bet365, which again looks good value when you think they are actually 2 points ahead of Liverpool at this stage and beat them 1-0 in Switzerland.  However I think as Basel only need the draw, they may well play for this and try to keep Liverpool at bay, playing a counter-attacking style.

I like the look of a fairly tight game, Liverpool have not scored a lot of goals this season and have particularly struggled for goals in the Champions League.  Basel don’t need to go all out attacking as a draw is enough for them but they certainly won’t fear Liverpool’s largely misfiring attack.

I like the look of a 1-1 draw, I think Basel have enough attacking nous to get at Liverpool’s dodgy defence, Liverpool can get one goal but I don’t fancy them to get more than 1 goal unless Balotelli comes to life or Steven Gerrard can roll back the years and rescue Liverpool again.

For Liverpool it’s the usual suspects at fairly low odds, Balotelli is woefully out of form and Lambert hasn’t looked too clever in the Champions League.  The best bets for Liverpool are probably Sterling at 13/2 and Gerrard at 10/1 who might just be able to rekindle some magic at the right moment.

For Basel again the bookies have underestimated them and there are some juicy prices on offer.  Perhaps the standout price is 18/1 for Shkelzen Gashi, he is a consistent goalscorer in the Swiss league with 11 goals in 15 games this season and 19 goals last season.  He is an attacking midfielder who really knows where the goal is and at 18/1 Paddy Power look to have got that all wrong when you consider he’s 9/1 at Bet365.

Marco Streller got the winner in Basel’s 1-0 home win over Liverpool and again is fairly tasty at 10/1 as Basel’s main striker.

Draw at 3/1 with Boylesports