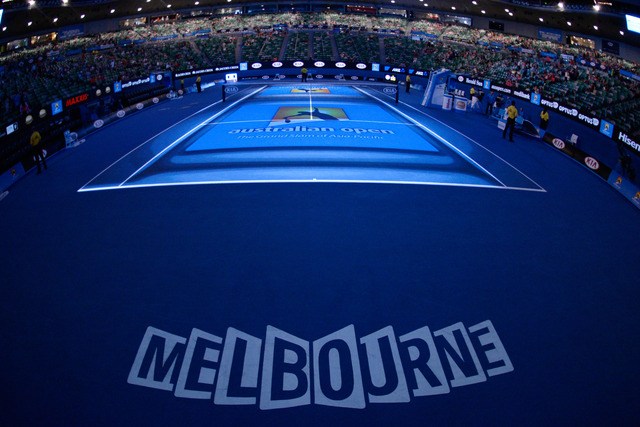 The first Grand Slam of the new tennis season sees the usual suspects at the head of the betting market, with world number one Novak Djokovic the clear favourite to land what would be a fifth Australian Open crown.  The Serbian’s claims were boosted this week following the draw, as he will definitely not face a top ten seed until the quarter final stage, while all his key rivals face much more difficult routes to the latter stages.

Three time finalist Andy Murray has a very tricky set of matches ahead, and although he will open against a qualifier, the Scot could potentially face Grigor Dimitrov in the last sixteen, followed by the in-form Roger Federer at the quarter final stage of the competition.

Most firms have shortened Djokovic to odds-on off the back of the draw, but Irish bookmaker Paddy Power are currently holding firm at even money. Andy Murray is available at a best price of 11/1 with Betfair, Roger Federer is a 6/1 chance with Sky Bet, while the other man in the so called ‘Big Four’, Rafael Nadal, is on offer at 10/1 with Sportingbet.

Switzerland’s Stan Wawrinka managed to upset the odds in 2014 by winning his very first Grand Slam title, defeating Novak Djokovic along the way.  The world number four didn’t recapture that same level of form throughout the rest of the campaign, but did have a reasonably solid season overall.  It’s difficult to see Wawrinka claiming back to back wins in Melbourne, but maybe the return to Australia will see him step back up a gear.  For those punters who fancy Stan to make a successful defence, Sportingbet go a stand out price of 16/1 about the reigning champion.

2014 was also a breakthrough year for Japan’s Kei Nishikori, who made it to the fourth round at the Australian Open and just got better and better as the season went on.  Nishikori got to the final of the US Open at the end of the campaign, and also performed with credit at the ATP Tour Finals.  Currently ranked at number five in the world, the 25 year old looks set for another successful season, and looks great each way value at odds of 20/1 with Boylesports.

Rafael Nadal has had a difficult time since returning from injury, and much like Andy Murray, is yet to rediscover his very best form.  The Spaniard has only played a handful of matches in the last six months or so, and I can’t really seem him winning this Grand Slam.  Some firms are as short as 6/1 about Nadal which I think is rather skinny, and I expect him to have much better opportunities a bit later in the season, particularly when the clay court period gets under way.  The French Open is an event Rafa has basically made his own over the last decade, and the fact that he has only ever managed to win the Australian Open once tells a story.

If anyone is going to stop Novak Djokovic winning yet another Grand Slam title, it could well be veteran Roger Federer.  The 33 year old is back up to number two in the world rankings, and is playing arguably some of the best tennis of his career.  Who knows how long Federer can go on for, but it’s difficult to envisage him continuing at the very highest level for more than another year or two.  That being the case, he will be determined to win a Slam in 2015, and it would not surprise me at all were that to happen in Melbourne.

Back Roger Federer at 13/2 with Sportingbet