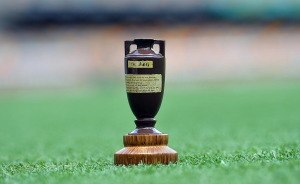 The 2015 Ashes Series is set to get underway on Wednesday July 8th, and this time around it will be the English who have home advantage.  A total of five venues will be utilised over a seven week period, and the first test is set to take place in Cardiff at Sophia Gardens.  The long term schedule for the Ashes had to be completely changed due to the 2015 Cricket World Cup, but things will return to normal following this Ashes Series. While  Australia announced a 17 man squad on March 31st, England have only revealed their squad for the first Test in the last few days.

The bookmakers have priced the visitors up as very short priced favourites to return home with the Ashes, with Sky Bet going a best price of 2/5 about Michael Clarke’s men.  Historically, the Aussies generally deliver when favourites for this prestigious tournament, and recent form would also suggest that Australia are priced up about right.  As far as England are concerned, punters can help themselves to odds of 4/1 at Paddy Power, and the working man’s price is sure to be popular with the patriotic English public.  While Alistair Cook and co are definitely going to need to be at 110% throughout these five Test matches if they are going to reclaim the Ashes, a positive start at Sophia Gardens will definitely help matters.  Those of you interested in a drawn series can get best odds of 8/1 with Bet365.

Backing Australia at 2/5 to win the Ashes will probably only make serious appeal to the big hitters, but Ladbrokes even money quote about the current holders winning the first Test match is likely to be well supported.  That being said, the weather for next week looks slightly mixed, and I think the value could well lie with the draw, which is a general 5/2 chance.  Australia’s edge should come with their superior bowling, but that could be negated somewhat on the pitch at Cardiff.  If England can get off to a good start with their batting having improved in recent months, they may well be able to avoid defeat in this opening encounter.

Top Batsman for the series

The Top Batsman market presents one of the most interesting betting opportunities as far as this 2015 Ashes series is concerned, and it is Australian Vice Captain Steve Smith who the bookies make a 4/1 shot to amass most runs during the course of these five Test matches.  Current captain of New South Wales, Smith is ranked as the number one Test batsman in the world, and is sure to be keen to impress on the biggest stage of them all.

There is some discrepancy over the chances of second favourite David Warner, with Bet365 only prepared to lay 9/2, while there is 6/1 available with a couple of other firms with the full comparisons available at the Oddschecker Top Batsman page.  For me personally, I feel that England’s Joe Root can really become a household name following this year’s Ashes, and if anyone is going to fire England to victory, it could well be the Yorkshire star.  Again, prices vary, but Sky Bet go a stand out 13/2 about Root, and those are odds I’m more than happy to take.

Back Joe Root Top Batsman at 13/2 with Sky Bet