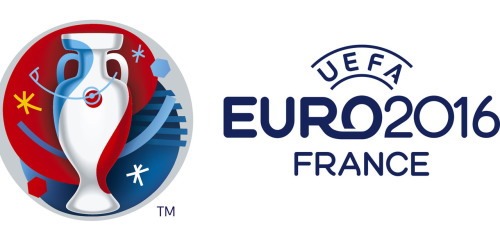 There are some people who believe that the European Championships are harder to win than the World Cup. The concentration of high class teams is arguably greater at the Euros although the format has changed significantly for Euro 2016. UEFA decided to increase the number of teams part from 16 to 24 making it mathematically easier to qualify from the group stage than it is to be knocked out. However, it does guarantee a bumper 51 matches to go alongside a healthy collection of outright markets, all of which gives us plenty of betting options to get stuck in to.

In the main outright, the Winner Market, there are more than a couple of teams capable of going all the way. Let’s take a look at the top five contenders to see if we can find any teams worth siding with.

France (7/2 with Paddy Power) – The hosts have a great pedigree when playing at home. In 1998 they were the hosts for the World Cup and duly went on to win. Can history repeat itself? Well, they’ve got enough talented players to be taken very seriously. There are world class players throughout the squad but it is in attacking positions where they are particularly blessed. When you consider that the likes of Dimitri Payet, Kingsley Coman and Yohan Cabaye might not even get into the starting XI you see just how many options Didier Deschamps has available to him. If Deschamps can keep squad harmony intact they can go all the way and lift yet another major trophy at the Stade de France.

Germany (4/1 with Betfair) – It goes without saying that the reigning world champions have a good chance of ending Euro 2016 in a blaze of glory. Joachim Löw knows just what it takes to get a group of players to perform at the top level even after the rigours of the domestic campaign and what a group of players he’s got to take to France. Starting at the back he has probably the best goalkeeper in the world in Manuel Neuer, world class defenders including Matts Hummels and Jerome Boateng, he’s blessed with incredibly experienced midfielders like Bastian Schweinsteiger and Toni Kroos and there are plenty of goals in the likes of Thomas Muller and Mario Gomez. Germany’s experience and talent makes them a fearsome prospect.

Spain (11/2 with Bet365) – The lack of expectation around Spain’s chances at Euro 2016 is surprising given that they are the two-time defending champions. In Vincente del Bosque they’ve also got the only mananger in the history of the game to have won the European Championships, the World Cup and the Champions League. The reasons for a lack of support for Spain at 11/2 is their poor showing at the 2014 World Cup. La Roja failed to get of the group stage and were humbled 5-1 by the Netherlands. A combination of players being out of form, past their best or unconvincing at the very top level makes backing Spain a tough call to justify.

England (9/1 with Stan James) – You always have to be a little wary about the odds given to England before an international tournament. The bookies know that England fans are very patriotic and like to have an optimistic bet on the Three Lions. The prices that you get about England don’t always accurately reflect their chances of success but 9/1 looks to be a justifiable price for this current squad. It is true that Roy Hodgson has a team that is very top heavy. With Harry Kane, Jamie Vardy, Daniel Sturridge and Wayne Rooney fighting for the places in front of a midfield that contains Dele Alli and Jack Wilshere this is a team who are going to score plenty of goals. If they are to end 50 years of hurt on the international scene, Hodgson’s men are going to have to tighten up at the back though.

Belgium (11/1 with Paddy Power) – Many shrewd football punters have had Belgium onside for quite a while now. There has been a fair bit written about the quality of the players available to Marc Wilmots but it is worth repeating that in attacking positions they have arguably the strongest team at the competition. Kevin De Bruyne, Eden Hazard, Romelu Lukaku and Michy Batshuayi guarantee goals and at the back they’ve got a readymade partnership in Jan Vertonghen and Toby Alderweireld. England fans, though, know the potential issues with teams labelled the ‘Golden Generation’ and this Belgium side are going to have a great deal of pressure on their shoulders to live up to expectations.

Germany look the most likely winners from the top five in the bookies’ outright markets. They’ve got the talent, the experience and they expect to win every match that they take part in. There are enough question marks about each of the other main contenders to warrant keeping your powder dry until we see how they take to the tournament in France. For now, back Germany at 4/1 with Betfair.

Italy (18/1 with Coral) – One of the main concerns about betting on Belgium is the strength of the group that they have been drawn in. Group E contains Italy, Sweden and the Republic of Ireland along with the Belgians and whatever happens there is going to be at least one good side that fails to make it out of the group stage there. In Robbie Keane and Zlatan Ibrahimović, Ireland and Sweden have talismanic strikers but it is Italy who look best placed to kick on and make it through to the latter stages. Antonio Conte may be leaving his job with the national side for Chelsea at the end of the tournament but that is going to take a lot of pressure off his shoulders. His squad is incredibly experienced, they are going to be tough to score against and have various options in attack. At 18/1 with Coral, Italy look a decent bet.

Portugal (22/1 with Unibet) – Portugal made it through to the semi-finals of the last European Championships and only missed out on the final thanks to a penalty shootout defeat at the hands of neighbours Spain. That showed that a team often dismissed as outsiders can go on to have a big impact at a major tournament. This time around they’ve got an equally talented squad lead, as ever, by Cristiano Ronaldo. Simply put, Ronaldo is one of the best footballers of all time and if he hits top form in France Portugal will look good value at 22/1.