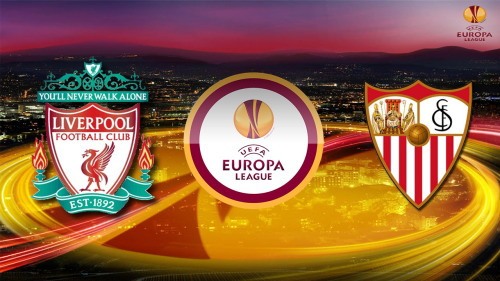 For two teams with such a strong European heritage it is a surprise that Liverpool and Sevilla have never before met in a competitive UEFA match. Sevilla are the Europa League’s most successful ever side and Liverpool can equal their tally of four wins when they play in Basel on Wednesday night.

Whichever manager gets their hands on the trophy at St Jakob-Park it will be a remarkable story. Jurgen Klopp hasn’t even had a full season in charge at Liverpool so for him to lead his new side to glory in such a short time would only increase his reputation as one of football’s best managers. If Klopp wins, his name will go down in history but his opposite number, Unai Emery, has the chance to achieve something that no other manager has. His Sevilla team have won the Europa League in the last two seasons and a third straight win would be unprecedented.

It’s not just glory on the line either. The winner will be given a much coveted place in next season’s Champions League so this is going to be an incredibly well contested match.

Some Liverpool fans believe that their name is already on the cup. They have had a remarkable Europa League campaign in which they’ve knocked out fierce rivals Manchester United and come from behind to beat Dortmund with a last minute goal. There is a real sense of belief around the club but the bookies think there is more than just fate at play. At 6/4 with William Hill the Reds are the favourites and that looks about right.

Sevilla are by no means written off at odds of 21/10 with Bet365 but there are questions about the Spanish side. Although they have great pedigree in this tournament, Emery’s team have failed to win a single away game in La Liga all season so they will have to improve their fortunes on the road to win the Europa League yet again. If you think that the game is going to need extra time and possibly penalties to be settled, you can back the draw at 21/10 with Paddy Power.

The shortest odds selections in the correct score market suggest that the bookies don’t think either team is going to run away with it. Certainly there is going to be a great deal of nervous tension around both teams when they enter the playing field and it could take a while for the game to really get going.

0-0 at 17/2 with William Hill doesn’t look particularly likely as neither team has what you would describe as a rock solid defence and the best looking option is Liverpool to win 2-1 at odds of 9/1 with BetVictor. When the nerves settle down both teams will be going hell for leather for the win and we should have an entertaining end to the match.

Liverpool’s status as favourites is reflected by the fact that their players dominate the top of the first goalscorer odds. Daniel Sturridge at 9/2 with Coral could be a good selection as he looks to ensure his place in England’s Euro 2016 squad and Philippe Coutinho at 8/1 with 888Sport is always capable of some magic from long range. Roberto Firmino has played very well over the past few months and his movement and ability to arrive in the box at just the right time make him look a good option to open the scoring at 7/1 with William Hill.

For Sevilla the main options are their top scorer Kevin Gameiro at 9/2 with William Hill and the big target man Fernando Llorente who is priced at 13/2 with 888Sport. It remains to be seen who Emery starts up front in this massive game but if he does opt for Llorente he could well prove to be a thorn in the side of the Liverpool defence. Liverpool keeper Simon Mignolet has struggled with crosses into the box and he could be made to pay for any indecisiveness.

Liverpool to win at 6/4 with William Hill

Liverpool 2-1 correct score at 9/1 with BetVictor