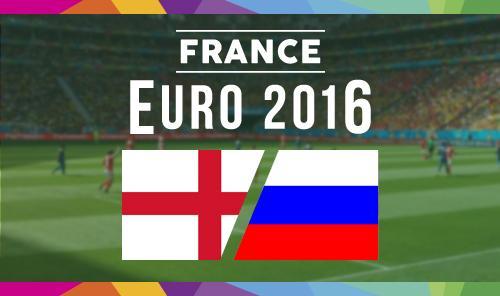 England’s players, staff and fans do not have long to wait before their Euro 2016 campaign gets underway.  Roy Hodgson’s men get going just 24 hours after France open the tournament and England fans will hope that their young, exciting squad will approach the European Championships without fear.  There is sure to be a sense of trepidation though given England’s awful showing at the World Cup in Brazil two years ago.

Thankfully for fans of the Three Lions, the first match is against a less than convincing Russian side.  Having become fed up of Fabio Capello and his methods, those in charge of Russia’s national side removed the former England manager from his position and turned to CSKA Moscow manager Leonid Slutsky.  Slutsky won the Russian Premier League with CSKA this season but it remains to be seen whether he can quickly transfer the methods that brought him success on the domestic scene to international football.

England go into all of their matches in Group B as the favourites with the bookies.  Hodgson’s team may not have set the world on fire in any of their warm up matches but they showed throughout their qualifying campaign that they can get it done when the pressure is on.  England were the only team to finish qualification with a perfect 10 wins from 10 matches and they’ll be upset any time they drop points in Group B.

According to the odds, Russia are going to offer England the most resistance.  Slutsky’s team are a top price of 50/13 to win Saturday night’s match and although they are sure to be a factor, we can’t see them getting the three points.  The recent change in managerial style may have been welcomed by the players but does leave them with a lot of work to do.  Russia’s chances have been further damaged by a series of injuries to key players.  Alan Dzagoev and Igor Denisov will leave a big gap in midfield while Dmitri Torbinski, Vasili Berezutski and Denis Glushakov have had recent training sessions interrupted by minor knocks.

The best price that you’ll find on England winning the game in Marseille is the 19/20 that Bet365 are quoting. They are going to have to defend better than in their recent friendlies while Hodgson still needs to find a way of cramming in the attacking talents of Harry Kane, Jamie Vardy, Dele Alli and captain Wayne Rooney.  If you’re not convinced of England’s chances you can back the draw at 5/2 with Betfair but we think that they are going to get the win.

The fact that there are no selections in the top five of the Correct Score market reflecting a Russia win reinforces the bookies’ view that England are the firm favourites for this match.  The bookmakers also clearly feel that this is not going to be a high scoring affair. Some people are actually worrying that the entire group stages are going to be characterised by low scoring matches.  It is easier than ever before to qualify through to the knockout stages so managers know that they don’t have to go hell for leather in their opening matches.

However, it may well be worth having a go at the extra value that you can get from more goals.  There are major question marks over both England and Russia’s defence while there will be some very good attacking players on show.  This match also sees one of the youngest teams in the tournament (England) go up against one of the oldest in Russia.  England’s pacey options will be a growing threat as the game goes on so have a bet on England to win 2-1 at 9/1 with Bet365.

You’ll get no arguments from us about Harry Kane being the favourite in the First Goalscorer market at 4/1 generally.  The 22-year-old has gone from relative unknown to England’s first choice striker within two years and his ability to score all sorts of goals will be a huge boost to his nation’s chances in France.

Wayne Rooney’s odds of 5/1 with Bet365 look a little short for a player who is likely to start in a deeper role but Jamie Vardy’s price of 6/1 with Sky Bet looks very fair as his pace will make life very uncomfortable for Russia’s defenders.  Dele Alli also offers some appeal at 10/1 with Sky Bet.