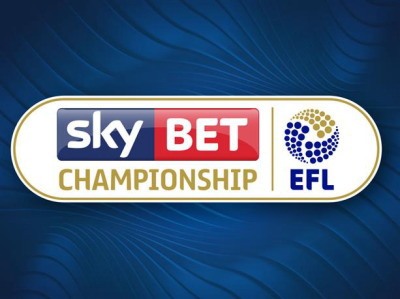 After enjoying both the European Championships and the Copa America, it is time for the domestic season to get back underway. Before we get cracking with what should be a fascinating Premier League season, the Championship takes centre stage.

The Championship is always one of the most physically and mentally demanding leagues in the world but this 2016/17 edition looks sure to be especially brutal. At the top of the league there are a number of sides who will believe they’ve got a real chance of winning the title while the battle to avoid relegation into League One is sure to be fierce once more.

In this Championship preview we have a look at the most popular outright markets to try and find some winning bets for the season ahead.

The bookies will take an absolutely massive number of bets on the Championship outright betting markets but none will be as popular as the Winner Market. Let’s have a look at the top five betting options.

As you can see, the bookies feel that the three teams who were relegated from the Premier League last season have the best chance of winning the league. Of the three, we think that Newcastle look the best prepared to recover from the disappointment of relegation to win the league.

The regime in charge at St James’ Park is incredibly unpopular but there is no doubt that they’ve done some stellar work ever since being relegated. The instant love shown by the crowd to Rafa Benitez had a major role in persuading the man who started last season as Real Madrid manager to start this season in the Championship but he surely would not have stayed in the North East were it not for the money that has been poured into his squad. Players have left but tens of millions of pounds have been spent to secure the signatures Dwight Gayle, Matt Richie, Grant Hanley, Matz Sles and Mohamed Diame.

Benitez is going to learn some harsh lessons about the rigours of the Championship over the course of the nine months or so but he is an incredibly experienced manager with the best squad in the division. It is hard to see anybody stopping Newcastle from winning the Championship just like they did in the 2009/10 season.

Of the challengers to Newcastle, Brighton look overpriced at 16/1 with Coral. This is a side who started last season with an extended unbeaten run, who had one of the best defensive units in the league and who will be motivated by the heartbreak of missing out on automatic promotion by the slimmest of margins. Chris Hughton was the man in charge of Newcastle in 2010 and his knowledge of this league goes down as another major plus point for the Seagulls.

Apart from Newcastle, Norwich are the favourites to win promotion to the Premier League. Alex Neil did his level best last season but he could not do enough to keep the Canaries’ heads above water. He was though the man who oversaw Norwich’s promotion two years ago and is the man entrusted to do so again. At 11/4 Norwich certainly are worth consideration but once again, Brighton’s price of 4/1 with 888Sports stands out.

It is still hard to work out how Brighton didn’t managed to win promotion last season. Hughton does have a big job on his hands when it comes to picking his players’ spirits up but if they get off to a good start, the Brighton train could rumble on towards the top of the table once more.

If you’re looking for an outside bet to win promotion, it could be worth taking the odds of 12/1 that Sky Bet are quoting about Huddersfield’s chances. They finished comfortably in mid table last season but manager, David Wagner, has some exciting players at his disposal. He is also an exciting managerial prospect having spent a number of years at Borussia Dortmund. With a full preseason in charge and the chance to bring in a few players, Huddersfield could surprise people this season.

To Make the Playoffs

The playoffs are not fair. It’s not fair that Brighton finished third by such a big margin but did not win promotion to the Premier League but who cares about fair? The playoffs promise brilliant drama. They also mean there remains more to play for in the closing months of the season.

There are a large number of players capable of booking a place in the playoffs but we really like the look of QPR at odds of 11/2 with Betfred. QPR had designs on the top half of the Premier League only a few years ago but there have been a series of issues at the club since. Many of those look to have been sorted so they can finally concentrate on matters on the pitch. They’ve got an exciting manager in Jimmy Floyd Hasselbaink and that price looks way too big for a spot in the playoffs.

There are sure to be more than one of the top five contenders for relegation from the Championship who end up slipping out of the league. However, the team that stand out as a value bet is Blackburn at 9/2 with Sportingbet. Blackburn have been on a downwards trajectory for a number of years now and the number of supporters they get is massively down from the days when they competed in the Premier League. Their squad looks anything like convincing and Owen Coyle has had his issues in the Championship previously so it looks like a very tough season ahead for Rovers.

When it comes to success in the Championship one thing has proved to be particularly important – having one of the division’s top goalscorers. Time and time again one or two players have fired a team up towards the top of the league and the same could well be true this time around.

Dwight Gayle at Newcastle looks like the sort of player who could well take the Championship by storm but his lack of physicality is a real negative. Aleksandr Mitrovic is too hit-and-miss to really warrant parting with your money but Rudy Gestede ticks all the boxes.

The Benin international scored plenty of goals for Blackburn when he was last in the Championship and after a season against Premier League defences, he should find the return to this level relatively easy. Gestede will be joined at Villa Park by Ross McCormack who knows exactly how to score goals in the Championship and those two have the makings of a deadly strike partnership.

For a longer odds bet, Will Grigg could carry on his goalscoring form from League One into the Championship and is available at a tempting 40/1 with Bet365.