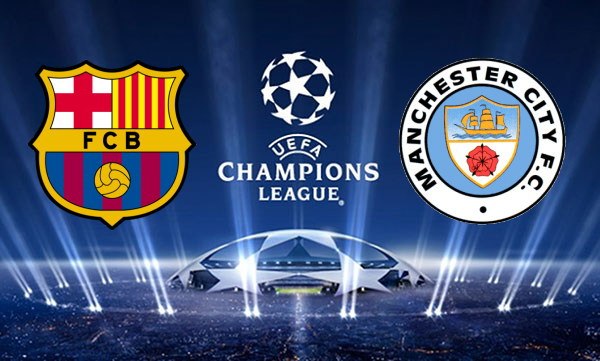 In fact, City have lost all four of their matches against Barcelona. That’s a record they’ll be desperate to end on Wednesday night.

City’s chances of winning are boosted by a host of insider knowledge as their entourage arriving in the north of Spain will include a number of former Barcelona players and staff. They include director of football Tixi Begiristain, coach Mikel Arteta, players Claudio Bravo and Nolito and of course, Pep Guardiola.

The Man City manager made over 250 appearances for Barcelona as a player and won an incredible 14 trophies as their head coach. Guardiola has already returned to the Camp Nou as the away team manager but it did not end well with his Bayern Munich side going down 3-0 in the 2014/15 Champions League semi-finals. He’ll be hoping and planning for a more positive result but that will be a very tough ask against a Barcelona side who have won both of their opening group stage matches.

The bookies clearly feel that Wednesday’s game is going to go the same way as the previous four encounters between Barcelona and Man City. Given the quality of the home side it is easy to see why but there are a couple of question marks about Luis Enrique’s team.

For one, they’re are not in the best form. Clearly, average form for Barcelona is better than most other teams but they’ve already lost twice in La Liga and their defence has looked anything but convincing. Then there’s Barcelona’s injury list. Lionel Messi has only just returned to training following a groin strain while Ivan Rakitic faces a race to be fully match fit.

The problem for Man City fans hopeful that their team have a chance to upset the odds is that Barca won their opening two games in Group C. They’re also on a run of 12 consecutive wins at home in the Champions League and have only lost twice to English opposition at the Camp Nou in 31 games. When you add Guardiola’s surprisingly poor record away from home in Europe as a manager it is hard to see anything other than a home win at 8/13 with Paddy Power.

Only one of the top five shortest selections in the bookies’ correct score markets include Barcelona keeping a clean sheet. That is probably a very accurate reading of Wednesday’s match. The infamous ‘MSN’ attacking trio of Messi, Suarez and Neymar should be reunited to strike fear into the hearts of the City defence but Barcelona are far from watertight at the back themselves.

Guardiola knows that Man City have to score to have any hope of getting anything out of the game and he’ll therefore be very happy with Kevin De Bruyne’s return from injury. The Belgian complements the likes of Raheem Sterling and Sergio Aguero each of whom have the ability to take chances on the counter.

So, if you’re having a correct score bet make sure to include a Man City goal, 3-2 to Barcelona looks particularly appealing at odds of 18/1 with bet365.

As you might expect, MSN are top of the shop when it comes to the First Goalscorer Market. Each of Messi, Suarez and Neymar are capable of scoring a goal out of nothing but the real danger comes when they start working together.

Guardiola has made a habit of chopping and changing his back four at City. He’s even switched Aleksandar Kolarov from a full back to a ball playing centre back but even Guardiola must be thinking twice about experimenting at the Camp Nou. Any defensive mistakes are sure to be punished by Barcelona.

At the other end, City will be confident about their own chances of scoring. Borussia Monchengladbach took advantage of a slow Barcelona start in matchday two and Man City may be able to do the same. Barcelona are used to teams digging in and defending in numbers at the Camp Nou so City will pose a different type of test. When you’ve got Sergio Aguero in your team you’ve always got a chance of a goal and backing him to score first at 13/2 with William Hill could just pay dividends.

Barcelona to win at 8/13 with Paddy Power