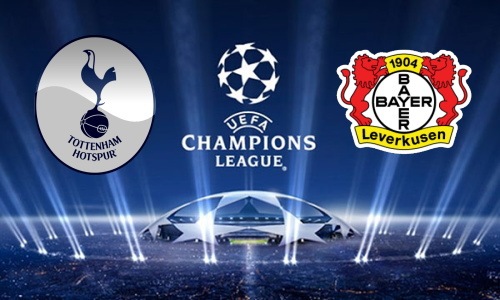 One of the shocks of the last round of Champions League fixtures was the 0-0 draw between Bayer Leverkusen and Tottenham. Spurs getting a point away from home wasn’t a huge surprise but the lack of goals certainly was. It should be very different when the two teams meet at Wembley Stadium on Wednesday night.

In truth, Tottenham had to cling on in the second half against Leverkusen. The German side piled forward in numbers but a combination of some well drilled defending and wonderful saves by Hugo Lloris was enough for Spurs to escape with a point.

On the face of it, Tottenham should be stronger on their return to London. However, Mauricio Pochettino’s team looked anything but at home in their first match at Wembley. Arsenal struggled for form when they played their Champions League football at the national stadium in 1998 and 1999 so Bayer Leverkusen will be looking to make the most of so-called curse of Wembley.

Most bookies just about make Spurs the odds on favourites for Tuesday’s match but you can get them at evens with Paddy Power. That looks a very good price about a quality Spurs outfit.

Bayer managed a good 2-1 win away from home against Wolfsburg on the weekend but that was their first win in five matches. Moreover, Roger Schmidt played a strong side on Saturday to get the three points and his players had to dig very deep (they scored their two goals inside the game’s final 15 minutes).

The manner of that win will have positives and negatives for Leverkusen. On the plus side, the late goals will allow them to carry on pushing even if they find themselves behind at Wembley. However, the size of the pitch is sure to sap the energy from their legs as the game goes on.

Spurs aren’t in the best form themselves. They’ve gone five games in all competitions without victory. In order to change that they’ve been training at Wembley and working with bigger pitches at their Enfield training ground. That extra preparation could be what sways the game in Spurs’ favour.

It’s not been a great start to the Bundesliga season for Leverkusen. They’ve frustrated their fans with their inconsistency but at least they’ve remained entertaining. Seven of their nine Bundesliga games have seen over 2.5 goals scored and the 0-0 with Spurs was the only one of their Champions League games in which both teams failed to score.

Tottenham have been much better defensively this season than their opponents. In fact, they’ve kept a clean sheet in half of their Premier League matches and Monaco are the only team to score against them so far in Europe.

When you compare these two sides, Spurs do look the stronger. However, anybody who saw the first game between these two a couple of weeks ago will know just how dangerous Leverkusen can be. If the German side are anywhere as good at Wembley as they were at the BayArena they will surely find a route to goal.

So, if you’re thinking of having a bet in the Correct Score market, go with a selection which reflects Tottenham winning a game in which both teams score. 2-1 looks like a good choice at a best price of 15/2 with Ladbrokes.

Harry Kane sits at the top of the First Goalscorer market but it looks as though Wednesday could be too soon for the England striker’s return from injury . Especially with the North London derby just around the corner.

That means Vincent Janssen is likely to get the nod to start as the only striker once again. The Dutch striker got his first Premier League on the weekend but there are enough doubts about his quality in the final third to warrant a bet at 11/2 with Sky Bet. Instead, Dele Alli looks a much better option at 7/1 with Paddy Power.

Alli’s never scored in the Champions League but he has already bagged three Premier League goals this season. He is capable of scoring wonderful individual goals but also of ghosting into the box and finishing off a well crafted move. It’ll be very hard for Leverkusen to stop Alli if he’s on top of his game.

Tottenham to win at evens with Paddy Power

Dele Alli to score first at 7/1 with Paddy Power