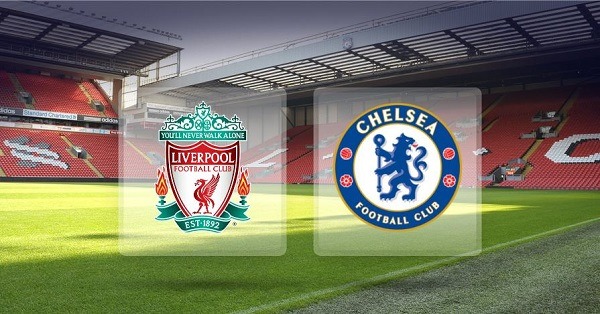 There are bad times to take on the Premier League leaders and there are better times to take them on. After three straight defeats at home, this is definitely a bad time for Liverpool to be facing Chelsea.

Those three defeats, which all came within 10 days of Tuesday night’s match, have left Liverpool out of both domestic cups and with a 10 point gap between them and Chelsea. This is hands down the toughest spell of Jurgen Klopp’s time in charge at Anfield and it’s not about to get any easier.

While Liverpool are struggling, there has been no hangover from Chelsea’s defeat against Tottenham. The Blues missed out on the opportunity to break the record for the longest run of consecutive Premier League victories but that was a mere nice-t0-have compared to the league title.

At odds of 4/11 with Betfred, the title now looks Chelsea’s to lose. Can they take another big step towards glory by inflicting a fourth straight defeat on Liverpool?

Given that Liverpool are at such a low ebb it is quite a surprise to see them as the bookies’ favourites. True, Klopp’s side have lost just one league game at Anfield all season and they got the three points at Stamford Bridge in September but Chelsea must be considered good value at 21/10 with Bet365.

Chelsea are a different animal now compared to their first meeting with Liverpool. The switch to Conte’s favoured 4-3-3 formation suits his players down to the ground and there is a genuine belief amongst the squad that they’re on the cusp of something special.

Liverpool have proven their quality multiple times under Klopp but with confidence low and evidence that all is not quite right behind the scenes, the Anfield faithful look to be in line for another tough evening.

Liverpool’s status as favourites for the match means there are some very good prices about in the Correct Score market if you fancy a Chelsea win.

If you are getting involved with a correct score bet, it could pay to stick with options reflecting a close game. Chelsea do have the edge in terms of quality and form but this is a very talented Liverpool side whose pride has been dented. There is no chance of them simply rolling over in front of a full house at Anfield.

If you think that Liverpool’s recent worries in front of goal will continue against Chelsea’s organised defence, you should be tempted by the odds of 9/1 that Bet365 are quoting on the away side winning 1-0.

If, however, you think that Liverpool will at least make the game interesting (which is what we believe), the most appealing option is Chelsea winning 2-1 at a biggest price of 11/1, also with Bet365.

The sheer number of high quality attacking players on the pitch for kickoff on Tuesday night makes the First Goalscorer market a very competitive one.

From a Liverpool perspective, Daniel Sturridge does look a little short at 5/1. There is no doubting the England striker’s quality, it’s his suitability for Klopp’s style of play that has held him back over the past year or so at Liverpool.

Sturridge’s relegation to the bench has propelled Roberto Firmino into a central striker role. It may not be the position for which the Brazilian was signed, but Firmino (who is also 5/1 with Sky Bet) has flourished playing through the middle and is the most likely Liverpool goalscorer.

That said, it makes more sense to back a Chelsea player to score first given their greater goal threat and chances of winning the game.

Diego Costa (9/2 with Paddy Power) is always going to be a handful but our betting recommendation is Eden Hazard.

The Belgian attacking midfielder has absolutely loved playing as part of a front three this season. Hazard’s working very well alongside Costa and Pedro as his guile, pace and cool head have resulted in nine goals and three assists in the Premier League. At 7/1 with Sky Bet, Hazard represents the best value for a first goalscorer bet.