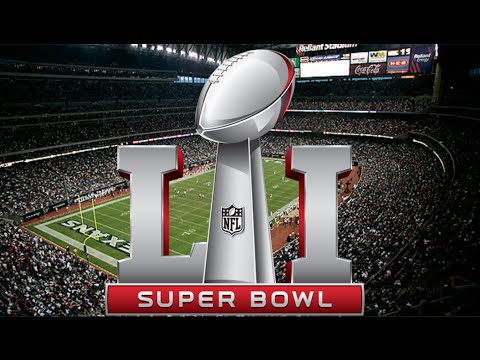 After another gruelling and intense season in the NFL it is time for the Super Bowl, the self-styled “greatest show on earth”. The 51st edition of the Super Bowl sees the season-ending game return to Dallas, Texas and the NRG Stadium.

72,000 people will pack out the venue for what some people are claiming is the most intriguing Super Bowl for many a year between the New England Patriots and Atlanta Falcons. While the Patriots won the Super Bowl two years ago and were well fancied for strong season, the Falcons began the year as 80/1 rank outsiders for the glory.

So, we’ve got the big boys versus underdog angle covered but we’ve also got the recipe for an exciting, attacking game. The Patriots and Falcons had the two best offences over the NFL season and the bookies are certainly expecting a high scoring game (more on that later).

Then there’s the two coaches. Bill Belichick is making his seventh appearance at the Super Bowl since becoming the Patriots’ head coach 16 years ago. It’s a rather different story for the Falcons’ Dan Quinn though. He’s been at the Super Bowl three times in the last four years but this is his first as head coach. The 46-year-old is credited with the Falcons’ improvement and it would be some story if he were to get his hands on the Vince Lombardi Trophy.

There are a number of reasons why the New England Patriots the odds-on favourites across the board with the bookies. Right at the top of that list is Tom Brady, a man many believe is the greatest quarterback in the history of the game.

Brady is synonymous with Belichick and together they have created a truly fearsome team. Brady has faced the Falcons four times over the years and he’s come out on the winning side every time. He’s also showing no sign of slowing down despite being six months away from turning 30.

Brady’s opposite number in Houston is Matt Ryan. The 31-year-old has always been well regarded but he reached a completely different level in 2016. He threw 38 touchdowns with just seven interceptions and his passer ranking for the season was the highest ever recorded.

A major reason behind Ryan’s success is the way he’s linked up with Falcons’ wide receiver, Julio Jones. Jones is a wonderful athlete and a clever operator who is sure to give the Patriots’ defence nightmares in the lead up to Sunday.

If the Falcons don’t get overawed by the size of the occasion they could play their part in one of the most exciting Super Bowls of all time. However, they look set to come up just short against this experienced and high quality Patriots side.

It’d be a great story if the Falcons were to win but the smart money is backing New England at 4/6 with Bet365.

By making the total points line 58.5, the bookies have made it crystal clear that they are expecting a game full of action. That makes total sense considering the quality of both quarterbacks and the options they have both in terms of passing and rushing.

However, it is prudent to exercise a bit of caution here. The pressure of the Super Bowl can get to even the most experienced, most highly motivated and best drilled teams. It can take teams a while to get into their groove and the extra long half-time (to cater for a Lady Gaga gig) often takes its toll in terms of momentum.

The two sides are also very good defensively. So, the 10/11 that Sportingbet are quoting on under 58.5 points does look a price worth taking.

With the New England Patriots installed as the odds-on favourites it is no surprise that Tom Brady is the favourite to be named the Most Valuable Player in Super Bowl 51. It’s an award he has already claimed three times in his career and he is sure to shine once again at odds of 10/11.

If you are interested in a longer odds shot though, Coral’s 16/1 looks a good price about Julio Jones. He’s coming off an incredible season and is capable of catching the eye even if his team fall just short.