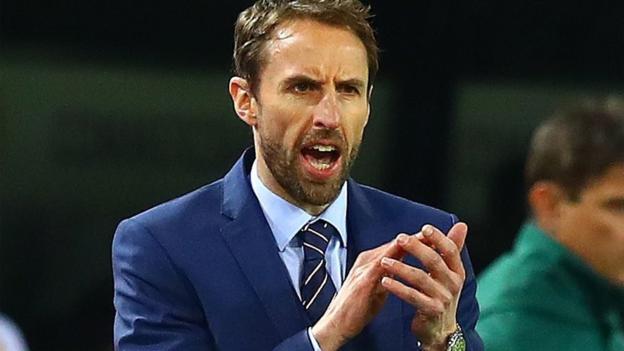 In the results driven business of football, there’s little time to reflect solely on performances. Domestic teams have to pick up points in the league and international sides must qualify for major tournaments. International friendlies, however, allow managers a little more breathing space.

Although Gareth Southgate and the fans who travelled to Dortmund on Wednesday wanted England to beat Germany, what they were most concerned about was a positive performance. And that’s exactly what they got.

With Southgate trialling a new 3-4-3 formation, England were the better side for much of the game. The three centre backs largely contained the German attack, the extra bodies in midfield allowed England to control possession for significant periods and the workrate of the forward line put the German defence under pressure throughout.

Okay, England lost the game to a thunderous strike from Lukas Podolski (who had been shooting from long distance all night in his final international appearance) but there were a number of positives for Southgate and the England fans to take from the match.

On Sunday, however, the only positive England are worried about is picking up another three points against Lithuania. The Three Lions are top of Group F in UEFA qualifying for the 2018 World Cup and they must further strengthen their position at Wembley Stadium.

As you can see from the betting, England are the overwhelming favourites to win Sunday’s match. While they’ve won three and drawn one of their opening four matches, Lithuania’s only win came against the group’s whipping boys, Malta. Furthermore, England beat Lithuania to nil in both their matches during Euro 2016 qualification and have not lost their last 33 qualifiers.

All in all, it’s pretty clear why the best price you’ll find on England is the 1/8 that Sky Bet are offering.

Backing any football team to win at those odds is, of course, far from a tempting proposition but there is more than one way to approach this match. You could back the England/England selection in the Half Time/Full Time market but there’s always the chance that the away side will dig in and make life tough for England in the opening stages.

So, the best way route to profit looks to be by backing England to win to nil at 4/9 with Sky Bet. Lithuania proved little threat to England in their most recent meetings and were soundly beaten 4-0 by Slovakia in November. England really should win in relative comfort on Sunday.

The bookies clearly think we’re onto something with our pick of England winning to nil as the first four selections in the Correct Score Market reflect exactly that. As a former defender, Southgate knows the sort of questions that the England centre backs will have about switching from playing with four at the back to playing in a three so the home side should be very well drilled even without the suspended Gary Cahill.

Although England have options at the back, they do look a little short going forward due to the injury to Harry Kane. Southgate is sure to start Jamie Vardy through the middle but if he doesn’t do the business it’s a choice between the relatively inexperienced Marcus Rashford or 34-year-old Jermain Defoe.

England will surely win the match but it may be worth avoiding the biggest score lines in the Correct Score Market.

If Gareth Southgate is going to stick to the promising 3-4-3 formation for the foreseeable future, Adam Lallana will become an even more important player for England than he is now. There’s no doubt that England want to get Dele Alli into attacking positions but Lallana’s role in the side cannot be underestimated.

The 28-year-old has flourished in a similar position at Liverpool where he’s scored seven league goals this season. At odds of 7/1 with Bet365, he looks very well priced to take his goalscoring prowess onto the international stage.

England to win to nil at 4/9 with Sky Bet

Marine vs Tottenham - FA Cup Round 3

Chelsea vs Morecambe - FA Cup Round 3