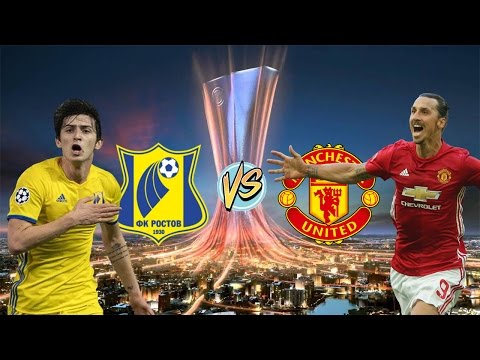 For all of Manchester United’s success over the years, they’ve never won the Europa League (or UEFA Cup as it was once known). For sure, the fact that United habitually play in the Champions League is a big reason for their lack of success in Europe’s secondary cup competition, but it’s still a tournament that is well worth winning.

Winning the Europa League is no easy feat and comes with a certain amount of kudos for the eventual victor. But, perhaps most importantly, it offers another route into the Champions League.

As we all know, six into four just doesn’t go in terms of the Champions League qualification places in the Premier League. Man Utd’s failure to beat Bournemouth at Old Trafford on the weekend has further weakened their chances of a top four finish and Jose Mourinho may be starting to feel that his best chance of managing in the biggest tournament of all next season lies with winning the Europa League final in Stockholm.

Mourinho has certainly taken the tournament seriously so far. United eased through the group stage and their first knockout tie against St Etienne but there is nothing easy about Thursday’s game against FK Rostov.

Man Utd must cope with a round trip of around 4,200 miles, the intimidating atmosphere of the Stadion Olimp-2 and a team who are unbeaten at home in the Russian Premier League this season. Rostov will be desperate for success in their first match against English opponents and are sure to make life extremely difficult for Mourinho’s men.

After a few years in the doldrums there is a feeling that Man Utd are going in the right direction. Last season’s FA Cup win was a major boost and Mourinho’s built upon it with victory in the year’s EFL Cup. However, the club are not even close to where they want to be.

The board showed last season that they’re not afraid to splash the cash to bring in the biggest stars but that spending power will become less important if United cannot lure players in with Champions League football. It’s the competition that all the world’s best players want to play in and the club are desperate to get back into it.

It is far too early to write off Man Utd’s chances of a top four finish but equally, they must keep both routes to the Champions League open. United will have to overcome multiple hurdles on Thursday night but they are unbeaten in four previous trips to Russia and this is where Mourinho really comes into his own.

Man Utd are the bookies’ favourites but still offer decent appeal to put one foot in the quarter-finals with victory at odds of 3/4 with Sky Bet.

There have been some very entertaining, high scoring first leg matches in the knockout stages of both the Europa League and Champions League so far this season. Don’t expect this match to follow that pattern.

Rostov will seek to make the most of their home leg before a daunting trip of their own to Old Trafford next week. However, Man Utd will do their best spoiling job at the Stadion Olimp-2. They’ll keep the ball, limit space for the opposition to exploit and score an away goal or two.

The Correct Score market favours lower scoring selections and we think it could well be worth going for one of the shorter priced options. Man Utd 2-0 looks particularly tempting at a best price of 7/1 with Paddy Power.

Man Utd fans are delighted that they went all the way in the EFL Cup, they’re happy that Mourinho has taken the Europa League seriously and they are desperate for a top four finish. United could still achieve their pre-season aims but it’ll require a hell of a lot of football.

Mourinho does his best to ensure his players are fit and as fresh as possible and you may expect rotation but the main man up-front, Zlatan Ibrahimovic, is sure to start. He’s got a lengthy ban awaiting him domestically so the Europa League may be the only football he gets for a while.

He had a poor game against Bournemouth but Ibrahimovic can prove his worth once again with the game’s first goal in Russia at odds of 10/3 with William Hill.

Zlatan Ibrahimovic to score first at 10/3 with William Hill