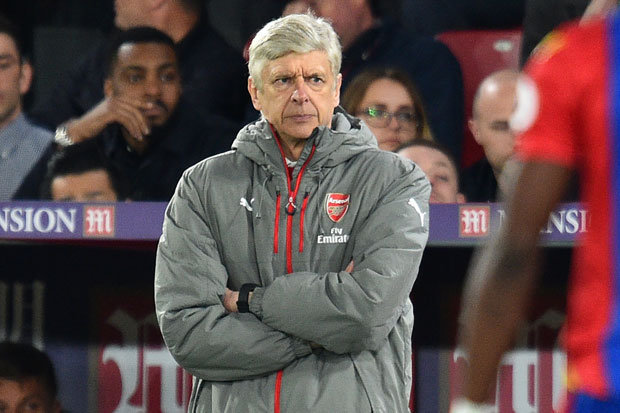 There are those who claim the FA Cup is no longer as well regarded as it once was. The sight of managers from both the Premier League and Championship putting out weakened teams in the earlier stages of the competition caused some commentators to bemoan the fact that managers would shun the chance of glory in favour of their league campaigns.

You can argue the pros and cons of prioritising the league all you want but there is no questioning the importance of the FA Cup when you get to the latter stages. Just ask Pep Guardiola and Arsene Wenger.

When Guardiola arrived at Manchester City the club’s expectations were understandably high. The Spaniard was a success at both Barcelona and Bayern Munich and the club’s hierarchy and fans alike hoped that he would usher in a new period of dominance for City. Reality has not yet matched expectations but the FA Cup does provide a chance of Guardiola to end his first season in English football on a high.

As for Wenger, he knows all about using the cup to put a positive slant on an otherwise disappointing season. Arsenal’s FA Cup triumphs in both 2014 and 2015 helped Wenger out when his grip on the manager’s job was weakening and he’ll be desperate to achieve the same boost to his reputation this time around. However, with a growing disillusionment around the club, you get the feeling that many Arsenal fans would see FA Cup triumph merely as the perfect opportunity for Wenger to stand down.

After four consecutive away defeats in the Premier League, Arsenal finally picked up three points on the road against Middlesbrough on Monday. The Gunners were far from perfect in front of the Sky cameras but the hardy souls who made the trip up to the Riverside were heartened by the celebrations of the Arsenal players come the final whistle.

One of the main criticisms leveled at the Arsenal squad is that they’ve displayed a lack of fight and even that some of the players don’t care. That criticism can largely be ignored now but the bigger question about whether or not this team are good enough to challenge for major honours remains.

There are similar concerns at Man City. Guardiola has some of the most exciting attacking players in the division in his squad but that attacking flair has been undone time and time again by some sloppy defending and sub par goalkeeping. Still, City do at least appear to be playing well just at the moment as evidenced by their recent wins over Hull and Southampton.

Arsenal are desperate to win this semi final but that desperation may actually work against them. In contrast, Man City are confident and will be happy to bide their time a little more if necessary so we recommend backing Guardiola’s men to win at 17/20 with Ladbrokes.

Both Arsenal and Man City have had their problems in defence this season. Specifically, both sides have had issues with individual mistakes, a trait which is rarely found in the most successful teams.

In the long term, both clubs will have to strengthen their personnel at the back while perhaps embracing a new coaching approach. But, they’ll have to focus more on outscoring their mistakes until the end of the season.

That should lead to a highly entertaining match on Saturday at Wembley. Certainly we were treated to exciting encounters in the two league meetings between the pair with Man City winning 2-1 before a 2-2 draw at the Emirates. To potentially win big from a high scoring affair, we like the look of the 12/1 that 888Sport are quoting on the Man City 3-1 selection.

The vast array of attacking talent available to both Guardiola and Wenger is laid bare in the First Goalscorer market. The top half of the market is filled with players capable of scoring a goal out of nothing so it’s far from easy to pick out the man most likely to score first.

Clearly, Sergio Aguero will be a popular option at a generous 7/2 with Sky Bet while Raheem Sterling looks good value at 9/1 with Bet365 having been rested for last week’s win over Southampton.