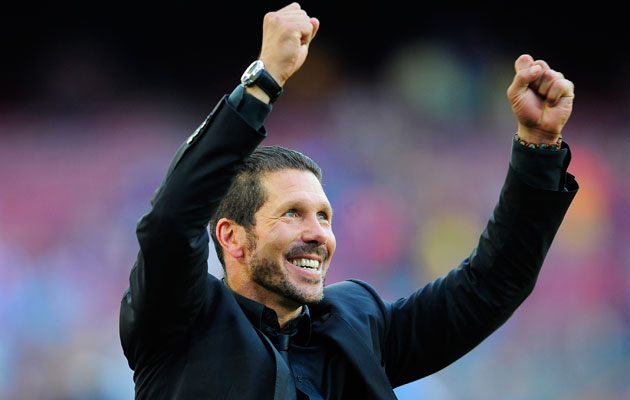 Football management is supposed to be a difficult job. Some of the best players of all time have failed to make a success of themselves as a manager but Craig Shakespeare is making it all look very easy right now.

Initially appointed as a caretaker for just one game, Shakespeare could now get the Leicester manager’s job for the long term after turning the team’s fortunes around. The Foxes have gone on a brilliant run in the Premier League to ease any relegation worries and came back from a first leg deficit against Sevilla to qualify for the quarter finals of the Champions League.

On Wednesday, Shakespeare faces the biggest test of his young managerial career when Leicester travel to Spain to take on Atletico Madrid. Atletico are one of the most difficult sides to face in Europe and with two Champions League final appearances in the last three seasons, they’ve got plenty of pedigree at this level.

The size of the task facing Leicester is made abundantly clear by the prices of the two teams in the Outright Betting market. While Leicester can be be backed as big as 11/1 with Ladbrokes, Atletico are a best price of 1/3. That shows just how strongly the bookies fancy the Spaniards and it’s hard to disagree with their assessment.

While this current Atletico Madrid squad contains players who have gone agonisingly close to winning the Champions League, this is just Leicester’s fourth European campaign. As well as Diego Simeone’s men having much more experience of these sort of knockout ties, they have history on their side.

Two of Leicester’s three European campaigns were ended by Atletico and history looks sure to repeat itself this year. Over the years, the Rojiblancos have lost just one Champions League quarter final at home while Barcelona and Real Madrid are the only travelling sides to win at the Vicente Calderon this season.

Leicester are improving but they’re not exactly at Barcelona or Real Madrid’s level so either a low scoring defeat or an away goal look is probably the best they can expect.

With all that said, 1/3 is a very short price for Atletico to win it may be worth taking a bit more risk for a bigger reward by backing the Atletico/Atletico selection in Ladbrokes’ Half Time/Full Time market at 10/11.

As you’d expect given the odds in the Outright Betting market, score lines reflecting an Atletico Madrid win dominate the top of the Correct Score market. As well as the awesome attacking players that Simeone has at his disposal, he has his team very well organised and they certainly don’t give away many easy goals.

You can be sure that Leicester will sit deep, seek to limit Atletico’s space and then utilise the pace of Jamie Vardy and Riyad Mahrez on the counter attack. Shakespeare will believe that those tried and tested tactics have a good chance of securing Leicester a potentially vital away goal but Atletico are a very tough nut to crack.

Of all the options available in the Correct Score market, Atletico 2-0 looks the most likely at a best price of 5/1 with Paddy Power.

Despite Leicester having the likes of Vardy, Mahrez, Islam Slimani and Ahmed Musa in their ranks, you won’t find a Foxes player in the 10 shortest priced players in the First Goalscorer market.

That shows two things. First, the bookies believe that the away side will find it very hard in terms of creating chances. Second, that Atletico Madrid have a wealth of players capable of making the difference.

Fan favourite Fernando Torres and Kevin Gameiro have both proven their worth in the Champions League this season but between them they’ve scored one goal fewer than the real star of this Atletico team, Antoine Griezmann.

The Frenchman can play across the forward line and his movement will pose the rather static Leicester defence all sorts of problems. Griezmann’s been linked heavily with a move away from Atleti and he can remind his suitors just how good he is by scoring first at 3/1 with Sky Bet.