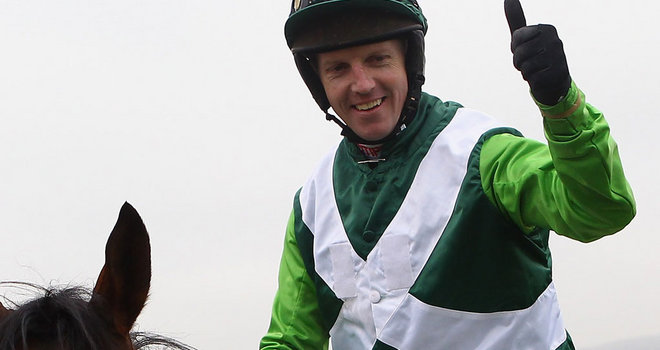 The Grand National is not just the biggest, most widely watched horse race of all, it’s one of the biggest sporting spectacles of the year. To give you an idea of the size of the Aintree spectacular, around £200 million is expected to be wagered on the race while almost 10 million people tuned in to watch Rule The World win the 2016 renewal.

People have written books about what precisely makes the Grand National so special. There’s the history with the race providing some of the best sporting stories of all time since first being run in 1839. There’s the fact that it is so hard to predict owing to the size of the field (40 horses are allowed to competed) . There’s the world famous course at Aintree with 30 jumps providing one of the toughest tests in racing. Then there’s the fact that it never fails to provide world class drama year on year.

For punters, picking the winner of the Grand National is a real feather in the cap. Anything can, and usually does, happen during the four miles, 514 yards but there are certainly pieces of form and important statistics to bear in mind.

So, let’s have a look at the runners and riders and see if we can find ourselves a winning bet or two.

Two of the last four Grand National winners were either the favourite or joint favourite with the bookies so don’t think that this is a race in which the cream doesn’t ever rise to the top. Those towards the top of the betting for the 2017 renewal all deserve to be treated with respect as they’ve all got a chance of turning it on at Aintree.

Despite the fact that younger horses have historically struggled to cope with the task of the Grand National, the joint favourites in the betting are both only eight years old. The last two winners of the race were eight and nine and it does look as though the average age of winners may continue to drop in the coming years.

Some people suggest the reason for this is that the recent modification of many of the fences on safety grounds has simply made the Grand National easier. We cannot, then, write of the chances of Vieux Lion Rouge or Definitly Red (both at a general 11/1) but the eight-year-old who we really like the look of is Blaklion.

The decision of trainer, Nigel Twiston-Davies, not to enter Blaklion in the Cheltenham Gold Cup did seem a little puzzling at the time but it’s now become clear that everything was being done to give him the best chance of success at Aintree. Twiston-Davies is the only current trainer who has saddled two Grand National winners so he knows exactly what is required to win the race and he’s been talking up Blaklion’s chances considerably.

The odds may not have moved that much but Blaklion’s chances must have improved with the confirmation that Noel Fehily will be on board on Saturday. The Irishman had a wonderful Cheltenham Festival and is himself hopeful of a “big run”. Given that Blaklion has only fallen once in his career, has winning form at more than three miles and is versatile in terms of the going, he looks a very good bet at 14/1 with Bet365.

Although there are some cracking horses towards the top of the betting markets, every punter wants to win big and the Grand National has certainly provided some winners at very tasty prices over the years.

The bottom half of the betting can be a bit of a minefield if you’re not quite sure what to look for but we believe the four horses above are well worth taking into consideration if you fancy a bet on an outsider.

Lord Windermere fits the bill in terms of the trends of previous Grand National winners and Wounded Warrior has battled commendably against some high quality horses over the years. However, it’s O’Faolains Boy and Gas Line Boy who we recommend backing each-way.

O’Faolains Boy, a 66/1 shot with William Hill, has been pretty appalling this season. His last two starts were both major disappointments but he has recently had a wind operation to to fix what connections believe to be the reason for his drop off in form. If that helps the lightly raced 10-year-old, he could return to the levels he displayed when winning the RSA Chase at Cheltenham back in 2014.

Gas Line Boy’s odds have come in pretty steadily over the last fortnight or so as the market backs up his chances. His trainer, Ian Williams, has an impressive record at Aintree even if his experience of readying horses for the Grand National is a little limited. Gas Line Boy’s stamina cannot be questioned given he’s won multiple times over three miles and on soft ground. So, a good display of jumping could see him grab a place at 80/1 with Bet365.