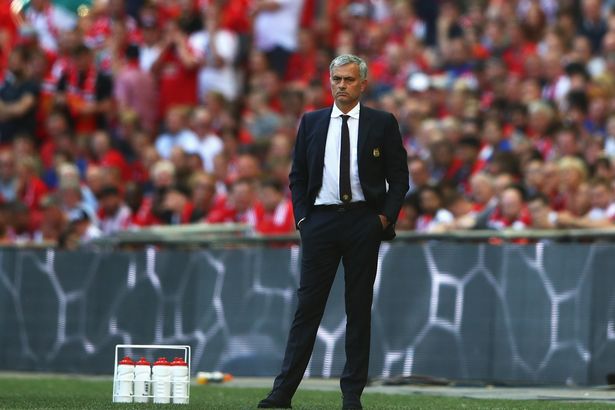 Manchester United are one of the most successful football clubs on the planet. Over the years, the Red Devils have won trophy after trophy but one has so far alluded them, the Europa League. United have never even made it to the final of the competition before but they go into Wednesday’s match against Ajax as the favourites with the bookmakers.

Winning European football’s secondary competition is a big enough prize for most clubs but the final at the Friends Arena is about more than glory on the night. The winner gets a place in next season’s Champions League which is why Jose Mourinho has taken the Europa League so seriously.

At the start of the campaign, the Man Utd manager suggested that he would heavily rotate his team for the Europa League but he quickly changed tack and actually made the opposite choice in the latter stages of the season. £89 million man Paul Pogba has played in every European match since rejoining Man Utd and he was brought off after 44 minutes after scoring against Crystal Palace on Sunday while Mourinho played a host of young players for the final Premier League game of the season.

Ajax also ended their league campaign with a team full of young players. The difference is that players in their early 20s and younger make up the bulk of Peter Bosz’s first team. Ajax have one of the most exciting teams in Europe right now as they showed when putting four goals past Lyon in the first leg of their semi-final. Bosz now needs his players to rise to their biggest challenge so far against a Man Utd side who will stop at nothing to get that all important Champions League place.

Not only is this an absolutely huge match and occasion but it’s set up to be a fascinating clash of styles. On the one hand, you’ve got Mourinho’s Man Utd who have conceded just eight Europa League goals and set out to nullify their opponents first and foremost. On the other, there’s this hugely entertaining Ajax side who get the ball into dangerous positions whenever possible. It’s a classic case of the irresistible force versus the immovable object.

In finals, however, something has to give. When you consider the extra experience in the Man Utd ranks, the fact that Jose Mourinho has won over 20 major trophies as a manager and the sheer desperation of everybody at the club to play in the Champions League it’s easy to make a case for United getting over the line.

We know that it’s not going to be easy at all for Mourinho’s men so rather than backing them to win the match, a bet on Man Utd to lift the trophy is a safe option at 1/2 with Bet365.

You can be sure that Mourinho and his backroom staff have watched Ajax’s stunning win over Lyon again and again. Man Utd will have a detailed plan of action against Bosz’s team but stopping Ajax when they get up a full head of steam is no mean feat.

It’s hard to imagine that Ajax will go the whole without creating chances and they are priced at 4/6 with Ladbrokes to score. If Ajax are able to really make a game of it, it could take more than 90 minutes to secure the trophy. In what should be a tight affair, the 1-1 correct score looks very well priced at 6/1 with Winner.

Wednesday night could be a special one for everybody connected with Man Utd but it’s not going to be particularly enjoyable for Zlatan Ibrahimovic. The striker had been looking forward to finishing an impressive first season with United by winning the Europa League in his home country but instead he’s having to work on rehabilitating his knee following surgery.

Ibrahimovic’s influence and prowess in the box were vital in the EFL Cup final against Southampton and his somebody will have to step up in his absence. In recent weeks it’s been Marcus Rashford who’s provided the goals but it could be fellow local lad, Jesse Lingard who steps up in the Europa League final. Lingard has become an increasingly important player for Mourinho and he scored in last season’s FA Cup final. At 8/1 with Betfred, Lingard is the man to back to score the game’s first goal.

Jesse Lingard to score first at 8/1 with Betfred