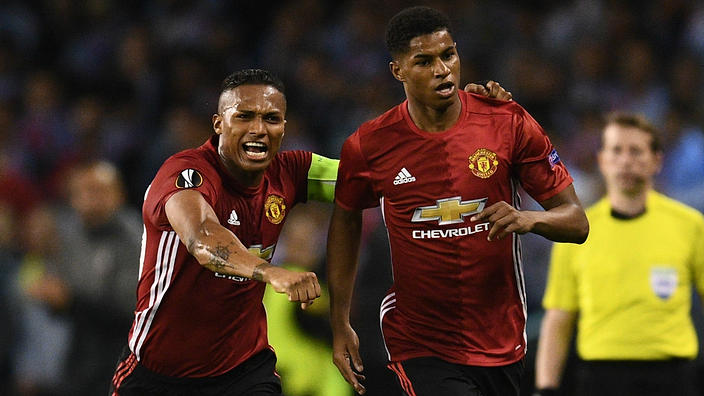 Ahead of Manchester United’s match against Arsenal on the weekend, Jose Mourinho claimed that he would fill his team with youth and reserve team players. In the end, the Man Utd manager held off making drastic changes but he made sure to leave several of his key players out of the starting line up at the Emirates as he made it clear he was prioritising the Europa League over the quest to finish fourth.

The 2-0 defeat in North London has only crystalised Mourinho’s approach for the rest of the season. United simply must win the Europa League final in Stockholm in order to qualify for the Champions League. Another season away from the top table of European football is borderline unthinkable for a club of Man Utd’s stature and, thankfully for their fans, it’s looking very likely that they’ll at least make it to the final.

Man Utd are a best price of 1/8 to qualify for the final with Bet365 having won the first leg away against Celta Vigo. Marcus Rashford’s world class free-kick secured the 1-0 win but in truth, it could have been an even better night for Mourinho’s men. They looked a class above Celta Vigo for large portions of the game but there can be no room for complacency on Thursday with so much on the line.

You don’t make it through to the final four of the Europa League without being a quality outfit. You’ve also got to be pretty good to come out on top against Barcelona in a seven goal thriller, so Celta Vigo’s poor performance at the Balaidos against Man Utd was more than a little surprising. It was also hugely frustrating for the club’s fans and manager, Eduardo Berizzo.

Like Mourinho, Berizzo has put all his eggs in the Europa League basket. Celta Vigo have rested players left, right and centre in La Liga but that’s a gamble which looks to have backfired. Not only do Celta have it all to do at Old Trafford, they’ve lost their last four league matches which has given their morale a battering.

More often than not, Mourinho’s approach is to nullify the strengths of his opponents but he must ensure his team take the game to Celta Vigo on Thursday night. United made life tough for themselves in the last leg against Anderlecht but should learn from that to qualify for the Europa League final by beating Celta Vigo once again at a best price of 4/7 with Bet365.

We all know how difficult Man Utd can be to play against but you’ve got to say that their performance in the first leg was very impressive. Not only did they score an away goal but they limited Celta Vigo to just one shot on target. The ball is very much on Man Utd’s court ahead of the return leg and they’ll be seeking an equally professional job this time around.

From their point of view, Celta Vigo will take heart from the number of sides who have secured a positive result at Old Trafford this season but it’s hard to see them doing something similar. They failed to raise their game at home so Man Utd should be able to control the game and limit their opponents’ chances. Therefore, a bet on the 2-0 correct score could well pay dividends at 7/1 with William Hill.

Gary Neville said during commentary of Man Utd’s defeat at the Emirates that he was surprised to see both Marcus Rashford and Jesse Lingard brought off the bench. The two young attacking players have become key players for Mourinho and Neville didn’t believe that they would both be risked in a game that looked to have already gotten away from United.

Man Utd will miss the big game experience of Zlatan Ibrahimovic in the coming games but his absence through injury does give them more pace in attacking positions and it’s the duo of Rashford (9/2 to score first with BetVictor) and Lingard (13/2 with Winner) who are most likely to make the difference against Celta Vigo.