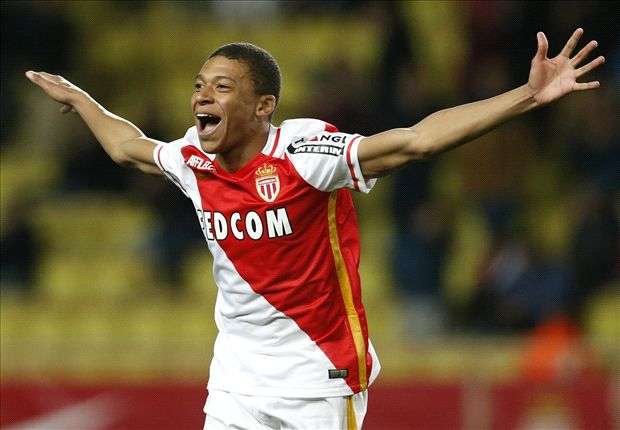 Juventus are one of the biggest names in European football. In their long history, the Italian giants have had some amazing highs and desperate lows. This current Juventus side are now widely regarded as one of the best teams in Europe but that reputation has not been easy to come by. Juve were overlooked and written off constantly en route to the Champions League final two seasons ago but few people are surprised that Max Allegri’s men have made it to the final four of this year’s competition.

The same cannot be said of Monaco. Many people thought they would struggle to even qualify for the Champions League at the start of the season. However, Monaco made it through tough qualifying ties against Fenerbahce and Villarreal before setting their stall out in the group stage by beating Tottenham at Wembley Stadium in their first game.

As Monaco’s confidence improved so did their performances. They qualified against Manchester City despite conceding five goals in the first leg and then got the better of Dortmund in the quarter-final. Leonardo Jardim’s men are the underdogs once again ahead of the first leg of their tie with Juventus. You cannot doubt Juve’s quality but Monaco’s exciting blend of youth and experience should ensure a thrilling semi-final.

Juventus are the favourites in both the Outright Betting market for the match at 6/4 with Bet365 and the To Qualify market where they are a best price of 4/11 with Sky Bet. There are a number of reasons why Juventus are so strongly fancied.

Allegri’s side are unbeaten in the Champions League this season and showed just how close they are to the complete side in their quarter-final tie against Barcelona. They were devastating going forwards in the first leg at Juventus Stadium before digging deep to keep a clean sheet in the Camp Nou. Their rock solid defence, marshalled by the evergreen Gianluigi Buffon, will make life tough for Monaco while forwards like Paulo Dybala and Gonzalo Higuain can fire Juve to the final in Cardiff.

Juventus also have history on their side as they beat Monaco in the 1997/98 semi-finals, the 2014/15 quarter-finals and have never lost to a French side over two legs. It looks likely that Monaco’s fantastic run will come to an end after the second leg but there’s a real chance they could head to Italy with a lead to defend.

Jardim knows that his team’s weakness is in defence, especially at this level. Thankfully for the Monaco fans, their attacking players have so far been able to make up for any mistakes made at the back. Jardim also knows that he’s got to make the most of the first leg at the Stade Louis II. The home side will look to get the ball forwards quickly just like in their matches against Man City and Dortmund and that approach could be the basis for another huge win at tempting odds of 2/1 with William Hill.

Juventus have the most fearsome defensive unit in the Champions League. The ‘BBC’ of Barzagli, Bonucci and Chiellini are world class players in their own right but are even stronger when combined together. They will, however, have their hands full against Monaco’s highly sought after forwards. Radamel Falcao is the main man in terms of goalscoring but his strike partner, Kylian Mbappe, and the creative Brazilian, Bernardo Silva, are sure to have their moments on Wednesday night.

With Juventus’ own attacking threat, it looks clear that a Monaco win is not going to be coupled with a clean sheet. This should be another cracker involving Monaco which makes the odds of 10/1 that Bet365 are quoting on a 2-1 home win look very tempting.

The list of potential first goalscorers for this game is incredible. Juventus have more established names in their ranks but the biggest clubs in the world are queuing up to poach Monaco’s most exciting young players.

Of all the options available to Leonardo Jardim, perhaps the one with the most buzz about him is Kylian Mbappe. The 18-year-old has been linked with a move to the Premier League and can show his suitors just how good he is by opening the scoring on Wednesday with what would be his sixth Champions League goal of the season at 6/1 with Coral.

Monaco to win at 2/1 with William Hill

Kylian Mbappe to score first at 6/1 with Coral