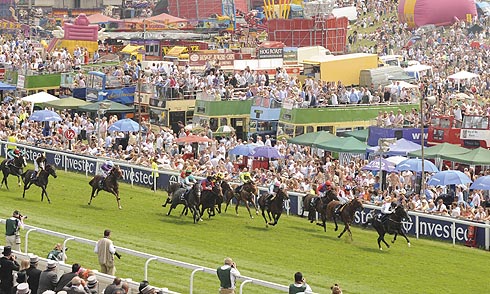 The signs of summer are starting to pop up around Britain. The weather has turned for the better, there is the smell of freshly mown grass in the air and the flat racing season is well underway.

Ahead of the Epsom Festival we’ve already had the first two British Classics of the season with both the 1000 and 2000 Guineas. On Friday it is time for the third , the Oaks, before the Derby which is the biggest and most prestigious of the lot on Saturday.

The history of the Derby goes all the way back to 1780 when guests at a party to celebrate the first running of the Oaks came up with the idea of racing three-year-old colts against each other over the same course and distance. The story goes that the 12th Earl of Derby was given the honour of the race bearing his name as he was the host of the party.

Over the years the Derby has always been run at Epsom Downs (save for during the two World Wars) and has been won by some of the very best medium distance horses of all time. It’s unlikely that any of those in the field for the 2017 renewal will gain the same sort of legendary status as recent winners like Australia, Camelot or Galileo but, with two horse battling for favouritism and a few more capable of claiming at least a place against the odds, we could be in for a thriller. 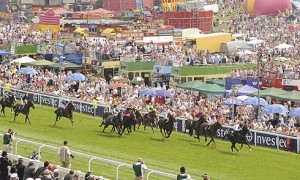 If you like backing favourites then the Derby is the race for you. Every winner of the Derby in the last decade went off inside the top three in the betting and there hasn’t been a winner at longer odds than 7/1 in the last 15 renewals. It does, therefore, make good sense to have a look at the three shortest options for this year’s Derby.

Churchill’s win in the 2000 Guineas made it a two out of two Classics for Aidan O’Brien this season and the Ballydoyle star trainer has a great chance for further glory with Cliffs Of Moher. The Irish horse may have only run three times but his win last time out in the Dee Stakes is more than enough form for him to have many fans for the Derby.

John Gosden’s Cracksman is the one the bookies feel has the best chance of beating Cliffs Of Moher. He certainly impressed when winning over 1m2f at Epsom in April but that’s one of just two performances. No doubt Cracksman is a talent but he’ll have to improve on his last showing at Epsom to win a race of this calibre.

Of the three shortest priced options, the value certainly looks to be with Eminent who looks generous at 7/1 with Bet365. 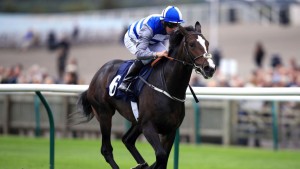 It’s true that very few horses win the Craven Stakes and go on to have success in the Derby but Eminent could well prove to good enough to achieve that double. Martyn Meade’s horse certainly fits a number of the key trends. He’s lightly raced, is on the money in terms of price and he’s won a Group race. Eminent can be forgiven for his disappointing win at the 2000 Guineas and should improve considerably for the longer trip.

At 7/1, Eminent can be the horse to give Frankel his first British Classic win as a stallion.

Each of the five longer odds horses we’ve marked out above have a chance of claiming a place in the Derby. The lack of big odds winners in recent years suggests that Permian and Capri are the ones to go with for an each-way bet and that’s something we’d agree with.

Capri’s odds have been fluctuating recently. His price came in when heavy rain fell in the Epsom area last weekend and begun to lengthen after a relatively dry week. There is more rain forecast for Friday and it’s a case of the more the merrier for Aidan O’Brien’s grey as Capri has two wins on soft ground already.

It might be worth keeping an eye on the sky before making your mind up Capri but it may actually be better to lend your support to Permian at 10/1 with Bet365.

Permian travels to Epsom with two wins in May, both of which came over 10 furlongs but on different ground conditions. That shows he’s versatile and he proved his ability to contend with the very best horses when narrowly beaten by Cracksman at Epsom at the end of April. His trainer, Mark Johnston, believes that Cracksman has improved considerably since then and if he’s right, 10/1 could prove to be a very big price.