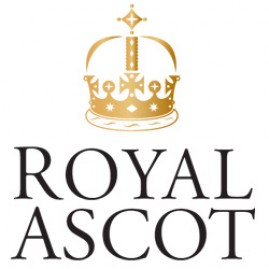 Royal Ascot is, for many people, one of the best week’s of sport of the year. The combination of the start of summer, the pageantry of the meeting and the chance to see some of the most exciting horses in flat racing sees racegoers flock to the Berkshire course in their thousands.

The five day meeting sees eight Group 1 races take place and there look to be plenty of attractive options in this year’s renewal.

To maximise on the betting opportunities presented we’ve got quick previews of our pick of the best of the action including the best betting tips for Royal Ascot 2017.

Ascot kicks off with the Group 1 Queen Anne Stakes. Run over a mile, the race is open to four-year olds and we’ve seen plenty of big name favourites dominate the betting in recent years. In 2012 all the pre-race noise was about Frankel and this year it’s Ribchester’s turn to be the dominant horse.

The Richard Fahey trained horse had a relatively quiet start to his racing career but he improved remarkably as a three-year-old. He won at Ascot last year and went on to claim Group 1 success in the Jacques Le Marois.

Ribchester will face stiff opposition from the likes of Mutakayyef and Lightning Spear but his win in last month’s Lockinge Stakes at Newbury proved his class once more and he’ll be very hard to beat at 4/5 with Bet365.

While the Queen Anne Stakes holds few surprises in terms of the quality of the horses in the field, there are a huge number of unknowns in the Coventry Stakes. The six furlong race is open only to two-year-olds and the room for improvement in many of them makes this a tough one to call.

The sort of promising young horses who compete in the Coventry Stakes are always going to attract the attention of those with a direct line to the yards. For that reason it is often worth following the money which is what plenty of people did when De Bruyne Horse made his second appearance at Ripon.

The wave of money proved to be spot on and De Bruyne Horse followed that up with another win at Epsom. With the possibility for big things to come in his future, De Bruyne Horse looks good value for the Coventry Stakes at 15/2 with Ladbrokes.

Wednesday’s opening race is traditionally a pretty tough one to call mainly due to the fact that it’s run over seven furlongs. The awkward distance means that trainers are either trying to eek out a bit more stamina from their sprinters or hoping that their milers can show a turn of foot that may not be there.

The front two in the market (Le Brivido and Dream Castle) will both have their fans thanks to their Classic displays but the best value could be found in Winning Ways at 16/1 with Paddy Power.

Winning Ways doesn’t quite have the eye catching pedigree in top quality races but the three-year-old won over course and distance last month and it won’t take too much of an improvement for him to claim another big win for trainer, Jeremy Noseda.

The Ascot Gold Cup is the chance for the stayers to shine. The two mile, four furlong race is a major test of stamina at the best of times but the hot weather forecast for the week could make this year’s renewal especially challenging.

Stayers are often overlooked for the sexier, quicker races, but the amount of heart and fight needed to win a race like the Ascot Gold Cup adds another level of interest to this wonderful race.

This year there is a clear favourite in the shape of Order Of St George but there could be something of an upset as the chances of Big Orange cannot be underestimated.

The six-year-old didn’t have the best start to 2017 in Meydan but he returned in excellent form when sent off as favourite at Sandown in May. If you back Big Orange, be prepared to be a little concerned when he goes out alone in the early stages but that’s his style and he should be able to make all to claim the Ascot Gold Cup at 8/1 with Coral.