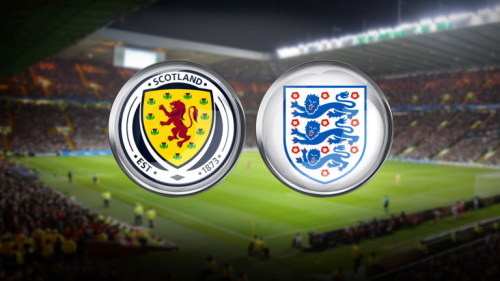 Hampden Park was not a happy place with 10 minutes to go of Scotland’s World Cup qualifier against Slovenia. Gordon Strachan’s side were labouring with the game goalless and the Scotland manager’s decision to bring on Chris Martin did not go down well.

Martin’s introduction was greeted with a chorus of boos but it took just a couple of minutes for him to turn those into cheers by grabbing the winner. That goal kept Scotland’s faint hopes of qualifying for the World Cup in Russia alive even if it didn’t convince Strachan’s critics that he is the man to get the best out of the national side.

In order to keep those hopes alive, Scotland will need to beat England when the Auld Enemy visit Glasgow on Saturday afternoon. That will require one of Scotland’s best performances in recent years as England are unbeaten in World Cup and European Championship qualifying since a 1-0 reversal against Ukraine in 2009.

England have four wins and a draw from their opening five games in Group F which leaves them top by four points from Slovakia. Scotland are a further two points behind which shows you just how desperate they are to pick up their third win of the campaign against England.

Strachan has been talking confidently about the work that his players have put in, in training for Saturday’s game but the bookies remain unconvinced. England are the odds on favourites across the board with the 8/11 that Betfred are quoting the best price you’ll find.

Everybody knows that the Scotland fans are capable of making a racket and that the England players will have to be mentally strong. To help in that regard, Gareth Southgate took his players on a training exercise with the Royal Marines recently. The players’ reaction to the innovative team bonding method was generally positive but it remains to be seen whether England will be able to dig deep when things go against them in the way that Southgate hopes.

The Three Lions are unlikely to have to dig too deep into their reserves of self belief and fight on Saturday as they are the stronger side and have won their last three matches against the Scots so make sure to back Southgate’s men.

The odds in the Correct Score market reflect the fact that the bookies believe this will be a low scoring affair. Strachan will be looking to maximise Scotland’s home advantage to get his players fired up but he knows that they must first and foremost be strong at the back. The problem is, that sort of approach has not worked in recent games against England.

England have not only won each of their last three games against Scotland but they scored three times in each of those encounters. Southgate was upset to lose Jamie Vardy from his squad through injury but he’s still got plenty of attacking talent to call upon.

Harry Kane has proven himself to be a truly top class striker, Jermain Defoe marked his return to the England squad with a goal against Lithuania and Dele Alli has begun to take his domestic form to the international stage.

With all that power going forward, England should be able to grab a goal or two. On the flip side, the support of the Hampden faithful and the desire for Scotland to make a game of this suggests that they too could find a route to goal. That makes the 8/1 that Coral are quoting on England winning 2-1 look like good value but it could be safer to back over 2.5 goals at 27/20 with Coral.

As you would expect, England players dominate the top of the First Goalscorer market. Kane is the bookies’ favourite to score the opening goal and for good reason. He won the Golden Boot in the Premier League and made it three league campaigns in a row in which he’s scored more than 20 goals.

It’s unclear whether Southgate will choose to start Marcus Rashford, Jermain Defoe or Raheem Sterling but we know that Kane will get the nod so he is the man to back to score first at 7/2 with Betfred.

England to win at 8/11 with Betfred

Harry Kane to score first at 7/2 with Betfred