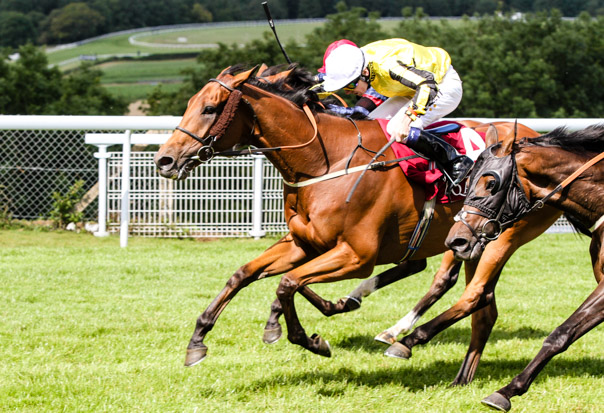 Known officially as the Qatar Goodwood Festival, the annual festival of flat racing on the Sussex Downs will always be known as Glorious Goodwood to the fans. Thousands will pour in through the gates of Goodwood Racecourse in Chichester for a star studded week of racing including three Group 1s.

With so many betting angles to cover, we’ve gone through the pick of the action to provide you with our best betting tips for Glorious Goodwood.

A winning favourite tends to make punters happy and bookies miserable but if Big Orange is to oblige at evens with Ladbrokes in the Goodwood Cup it will be an especially popular win. The six-year-old was already a hugely well regarded horse before winning the Ascot Gold Cup but that victory took his popularity into stratospheric levels.

Known for having one of the biggest hearts in all of flat racing, Big Orange will battle in each and every race. The promotion of the Goodwood Cup to Group 1 level has only increased his competition but everything is pointing towards another massive run for Big Orange.

This year’s Sussex Stakes is shaping up to be one of the best battles between the Classic generation and the older generation. For so much of this season, Churchill and Barney Roy have served up some wonderful battles against one another but on Wednesday the wonderful Ribchester is thrown into the mix for good measure.

Ribchester was an impressive enough horse last year but the extra year’s maturity has turned him into a bona fide superstar. His two performances of the summer so far were victories at both the Lockinge Stakes and the Queen Anne Stakes and despite being a best price of evens with Ladbrokes, Ribchester is the stand out bet for the Sussex Stakes.

Given that Ribchester is owned by Godolphin, it’s a little surprising to see that Barney Roy, who represents the same owners, has also been entered into the Sussex Stakes. He may well be pulled and if he is, the odds of the other horses in contention will shorten so it could pay to act now and take the 16/1 that Betfred are quoting on Lancaster Bomber.

The three-year-old hasn’t quite landed a big one for Aidan O’Brien but he has certainly been competitive against some quality opponents and with further improvement expected, an each-way play is tempting.

The Nassau Stakes is a race for fillies and mares aged three and older that takes place over one mile, 1 furlong and 192 yards. It’s one of a number of races which allow the Classic generation the chance to take on more experienced rivals and the younger horses have had the edge in recent years.

Winter is leading the three-year-old charge at the top of the betting. The 7/4 favourite with Ladbrokes has had a cracking season so far with wins in the English and Irish 1000 Guineas as well as the Coronation Stakes. The only question mark is the step up in trip having dominated over a mile but she’s shown little sign of tiring late on so Aidan O’Brien’s filly remains the one to beat.

The downhill start to the six furlong Stewards’ Cup promotes such a fast pace those in attendance on Saturday could be forgiven for thinking they were at the Goodwood Festival of Speed rather than the horse racing. This is one of the biggest handicap sprints of the season and fittingly we’ve got a very competitive betting heat for this year’s renewal.

Immediately, the price of 16/1 that Paddy Power are quoting on Orion’s Bow looks interesting. The six-year-old came second in the 2016 Stewards’ Cup and has been running well for trainer, Tim Easterby, ever since. The main concern for the six-year-old is the weight he’s carrying but he still looks a solid each-way option.

In terms of the outright winner, we’re siding with Polybius who is 14/1 with Betfred. The six-year-old didn’t set the world alight in three starts in Dubai but two impressive performances since returning have caught the eye. He’s approaching his highest handicap mark but has raced well against tougher opposition in the past and should go well if avoiding trouble in running.

Big Orange to win the Goodwood Cup at evens with Ladbrokes

Ribchester to win the Sussex Stakes at evens with Ladbrokes

Winter to win the Nassau Stakes at 7/4 with Ladbrokes

Polybius to win the Stewards’ Cup at 14/1 with Betfred