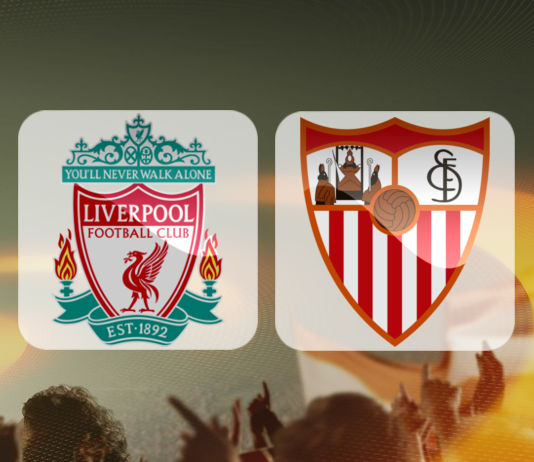 Jurgen Klopp and his Liverpool team will be delighted to return to Anfield this week. After a good start to the season which included two Premier League wins and qualification for the Champions League, Liverpool were hammered 5-0 by Manchester City at the Etihad Stadium on Saturday afternoon. They now need a rousing performance to get over that humbling defeat when they host Sevilla on Wednesday evening.

Both sides have already had to come through a very challenging tie just to make it to this stage. Liverpool secured wins both home and away against Hoffenheim while Sevilla squeezed past Istanbul Basaksehir by the odd goal in seven.

Despite the fact that these two have both had plenty of success at the continental level, they’ve only met once before. That encounter came in the 2016 Europa League final and it was the Spaniards who were celebrating thanks to a 3-1 victory.

Liverpool threw away the lead that night in Basel but the bookies have them as the favourites to exact some sort of revenge on Wednesday night. Will Klopp’s side be able to bounce back from Saturday’s horror show at the Etihad or will Sevilla be able to rub salt in the wounds and get their own Champions League campaign off to the perfect start?

When Jurgen Klopp took over at Liverpool everybody at the club hoped that he would replicate the sort of success on Merseyside that he managed whilst in charge of Borussia Dortmund. Klopp won the Bundesliga title with Dortmund and amassed crucial Champions League experience with the club when taking them all the way to the final in 2013.

Klopp must maximise all of that experience on Wednesday night as this is Liverpool’s first appearance in the Champions League since the 2014/15 season while Sevilla reached the last 16 last season in what was their third straight appearance in the competition. The Liverpool players will be able to draw on the backing of the passionate Anfield faithful but Sevilla showed they can cope with difficult atmospheres with their away win over Istanbul Basaksehir.

Liverpool will understandably be a little wary following the weekend’s result. Their defence had been criticised long before Man City breached it five times and Sevilla have the quality to take advantage of any further sloppiness. Liverpool are the worthy favourites on paper but the combination of their defensive problems and Sevilla’s experience makes the draw look like good value at 16/5 with Betfred.

As Liverpool are the clear favourites to win the game it follows that score lines that reflect a home win dominate the top of the Correct Score market. There are plenty of tempting options for those who believe that Liverpool will get the win but if you think the spoils will be shared it’s pretty much a choice between the 1-1 draw (15/2 with Betfred) and the 2-2 draw (12/1 with Coral).

Given that Sevilla have scored in every game this season (including putting three past Eibar on the weekend) and that Liverpool are significantly stronger going forward than they are at the back, you’ve got to think that 2-2 looks the more interesting of the two options.

Those looking for an even bigger return from just a small bet can go for a repeat of the score from Liverpool’s first league game of the season and back 3-3 at 55/1 with Winner.

The big team news for Liverpool is that Philippe Coutinho is back in contention following his summer-long flirtation with Barcelona. There are some who believe it may be tough for the Brazilian to get back into the Liverpool starting XI given the form of both Mohamed Salah and Sadio Mané but with (hopefully) a long European campaign to fit in with their domestic obligations, Liverpool need strength in depth.

By scoring the game’s opening goal at 7/1 with Sky Bet, Coutinho could win back the support of the Liverpool fans but it could be another man who has some apologising to do who scores first. Sadio Mané said sorry on social media for his dismissal against Man City but the best way to make amends is by grabbing his fourth goal of the campaign. Mané will be a constant threat with his pace and ability to score from inside and outside the box so back him to score first at 4/1 with Betfred.

Match result draw at 16/5 with Betfred

Sadio Mané to score first at 4/1 with Betfred