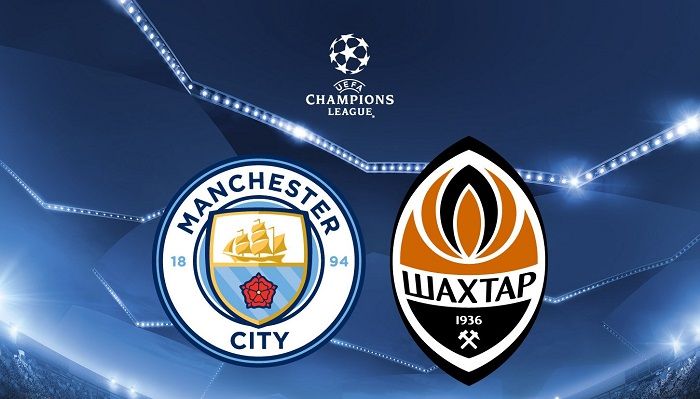 “We are doing many things now that we didn’t do last season”, that was Pep Guardiola’s assessment of his Man City team after their 6-0 win over Watford. Since making that remark, things have got even better for City with wins over West Brom in the Carabao Cup and a 5-0 humbling of Crystal Palace in the Premier League.

On Tuesday, Guardiola and the rest of the Man City team turn their attentions away from domestic matters and towards the Champions League. City’s opening game in Group F was a comfortable away win against Feyenoord. They’ll be expecting something similar on Tuesday against Shakhtar Donetsk, a side who have only once avoided defeat in their six previous trips to England.

That said, there can be no room for complacency in the Man City ranks. Guardiola did all he could to ensure that his players did not take Crystal Palace for granted and will be doing the same for Shakhtar given that the Ukrainian side kicked off their own Champions League campaign with a highly impressive victory over Napoli.

Man City are the clearest of clear favourites with the bookies. The best price you can get on the Premier League leaders is the 1/5 that William Hill are quoting and while that’s not a price to get excited about, it does seem about right given just how well Man City are playing.

We all remember just how well Man City started last season in the first few weeks of Guardiola’s time in charge. They were unable to build upon that start 12 months ago but there is a feeling that it will be different this time around.

City certainly look a lot more clinical than they were a year ago. Sergio Aguero and Gabriel Jesus are scoring goals for fun up front and they’re being backed a top class supporting cast of attacking midfielders. The Citizens are always happy to entertain the fans at home which provides us with the chance to win bigger on a Man City win by backing the home side to win and there to be over 2.5 goals which is 4/9 with Betfred.

You have to go a long way down the Correct Score market to find a result that reflects a Shakhtar Donetsk win. The quality of this Man City outfit and the confidence that is currently running through them means you can make a case for almost any of the shortest priced options.

Since coming to England, Guardiola has been criticised in terms of his ability to set up his defence. Things have improved in that regard with Man City having kept clean sheets in four of their last five matches in all competitions. Shakhtar do have some exciting attacking options and could pose City some problems but if you are having a correct score bet the Man City 3-0 (7/1 with Bet365) and 4-0 (11/1 with Paddy Power) options look the most tempting.

Pep Guardiola was not exactly complimentary about the Carabao Cup after Man City’s win against West Brom. He went as far as to call the competition a “waste of energy” but those complaints are a little hard to take from a manager with such a strong squad to choose from.

Guardiola has to manage his players very carefully with so many games to play in four competitions. We saw that on the weekend when he took the decision to rest Gabriel Jesus and keep him fresh for Tuesday night. The Brazilian’s future has been the subject of some speculation but Man City are very keen to tie him down to a long term deal after the hugely impressive way he’s started life in English football.

He’s only 20 so Jesus will be keen to play every minute and while he understands the need for Guardiola to make changes, Jesus will want to ensure that he is in the manager’s plans when it comes to the most important games. Restored to the starting XI, Jesus can prove his worthiness (if it needs proving) by scoring the opening goal on Tuesday night at 11/4 with Paddy Power.

Gabriel Jesus to score first at 11/4 with Paddy Power