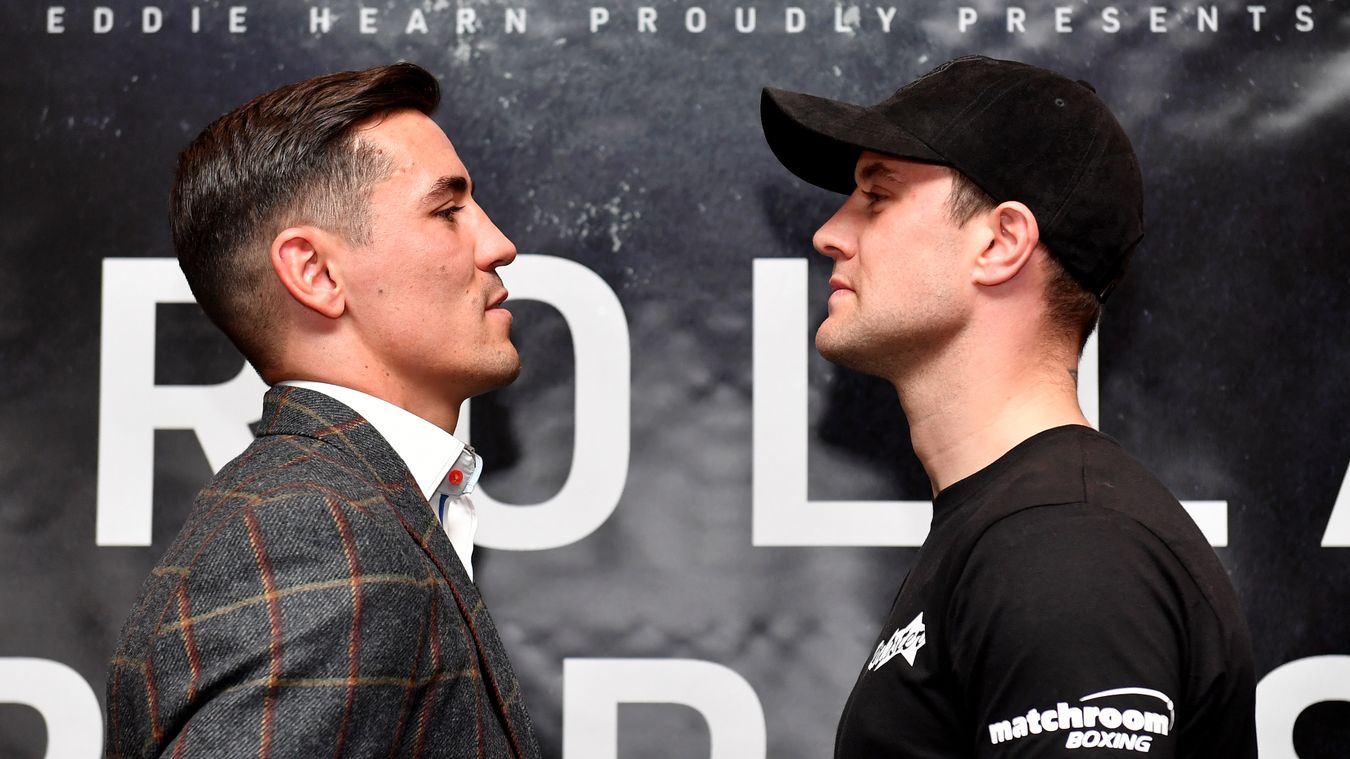 England versus Scotland is the oldest rivalry in all of football but the sporting animosity between the two nations goes far beyond one sport. The Calcutta Cup is always a big occasion in rugby union while boxing has seen plenty of battles between fighters from opposite sides of the border.

The latest instalment of the rich history of sporting competition between the two ‘Auld Enemies’ takes place at the Manchester Arena when local boy Anthony Crolla takes on Ricky Burns. Although neither are at the peak of their powers any more (what a contest that would have been) the timing of this fight adds, rather than detracts from the spectacle.

There are two very different paths facing Crolla and Burns after Saturday. Both men are coming off the back of defeats in world title fights but the winner of the lightweight bout could very well get another crack at the top level. The loser, however, may well be saying goodbye to the ring for good.

Anthony Crolla is a man with a riveting story. In the ring, he’s shown incredible character to bounce back from some damaging defeats interspersed throughout his career. However, his biggest challenge came out of the ring when he suffered life threatening head injuries after confronting burglars at a neighbour’s house.

Crolla’s current challenge is to get back to winning ways after consecutive WBA lightweight world title defeats to Jorge Linares. The bookies have all made him the odds on favourite to do just that but if Crolla’s allowed any complacency to slip into his preparations he sure to be found out by Burns.

Like his opponent, Burns has had to overcome setbacks throughout his career. In fact, his ability to put disappointment to one side has only further endeared himself to Scottish boxing fans. That loyal following has been by Burns’ side through the ups (he’s the only Scottish boxer to hold world titles at three different weight classes) and the downs (his defeat last time out in Glasgow was particularly painful) and they’ll be there in big numbers in Manchester.

You can talk about the stories of Crolla and Burns for hours but in the end, this fight will be decided by their ability in the ring. In that regard, it’s easy to see why Crolla is the favourite.

While Burns has largely employed the same in your face style throughout his career, Crolla has improved considerably as a fighter as he’s matured. His trainer, Joe Gallagher, must take a great deal of credit for his improvement but it’s Crolla who takes the punches and ultimately it’s Crolla who we think will take the glory at a best price of 4/9 with Ladbrokes.

It’s something of a cliché but there really is no quit in Ricky Burns. The Scotsman puts himself on the line every time he steps into the ring and is not in the business of holding anything in reserve. Crolla’s extra technical ability should see him pick up a huge win in front of his adoring fans but there’s little chance of him stopping Burns.

None of Burns’ six defeats as a professional came via a stoppage and the 34-year-old isn’t going to start getting knocked out now. While he’ll win rounds along the way, we think Burns will get outclassed in the end and so recommend a bet on Crolla to win on points at 6/5 with Bet365.

If you want to cover all bases, it could be worth having a speculative dart in the Round Betting market. One of the areas in which Burns does have the upper hand over Crolla is punch power. It remains to be seen how the drop back down to lightweight will affect him but if he retains his power a small bet on Burns winning in the 10th round could be worth a play at 55/1 with Paddy Power.

Anthony Crolla to win at 4/9 with Ladbrokes