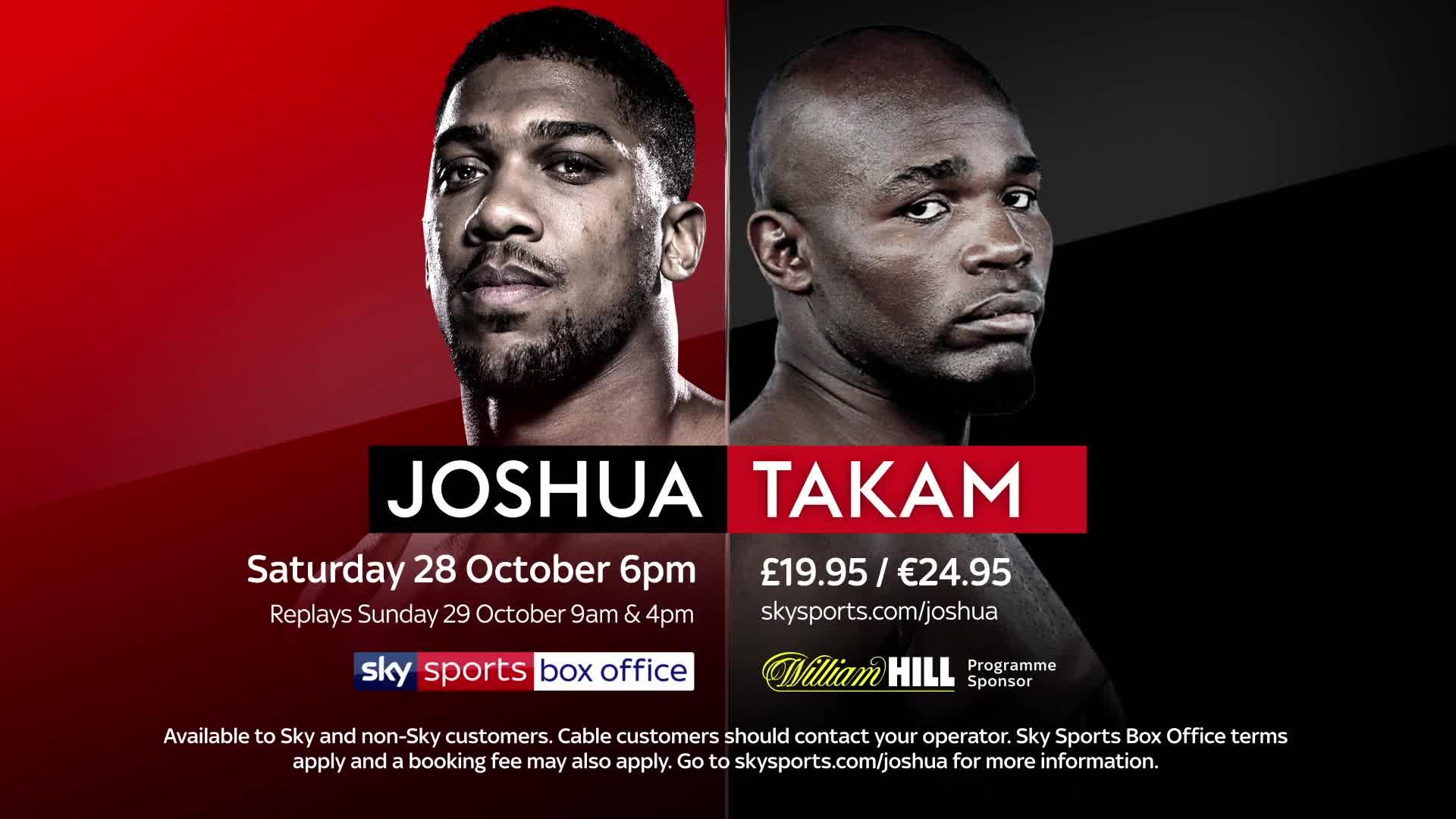 There aren’t many people in the world who would rejoice at the chance of fighting Anthony Joshua. Carlos Takam, however, is not most people.

The Cameroonian-French boxer stands at 6’1″ and weighs somewhere north of 241 lbs. He is also the number two contender in the IBF’s heavyweight rankings and so was the man to turn to when Joshua’s initial opponent for October 28, Kubrat Pulev, was forced to pull out with a shoulder injury.

Although Takam and his camp were surprised to get the call telling them that he was getting the fight at the Principality Stadium, they had prepared for just this eventuality. Joshua’s promoter, Eddie Hearn, had agreed with Takam that he would go into a pre-fight camp just in case Pulev got injured and so he is ready and raring to go for Saturday night’s fight.

In many ways, Takam is in a better situation than Joshua. He’s been preparing for the same opponent throughout his camp whereas the champion has been forced to change plans at this late stage. Takam is also a huge underdog with the bookies and so can look upon this fight as a genuine free hit with a life changing payday coming no matter the result.

For most of the 70,000 fans heading to the Cardiff for Saturday’s fight, the change in opponent makes no difference. They didn’t buy their ticket to watch Pulev, all they’re interested in is getting a glimpse of AJ’s power in person. They are not going to be disappointed.

As Tony Bellew told Sky Sports, Anthony Joshua’s popularity has grown so much in recent years because he always delivers. He certainly delivered in his stunning win over Wladimir Klitschko back in April. Many pundits believed that Joshua’s chances of winning lessened the longer the fight. But he was able to recover from being rocked in the sixth round to deliver a devastating late barrage to stop Klitschko in the 11th round.

The Klitschko win cemented Joshua’s position as the number one heavyweight in the world. Despite a highly respectable career, Takam simply is not in Joshua’s league and this is reflected in the bookies’ odds.

If you’re in the business of buying money, take the 1/33 that Betfred are quoting on Joshua winning. Otherwise, head to one of the other markets to profit from Saturday night’s fight.

It’s not going to make you a huge amount of profit, but a bet on Joshua to beat Takam by KO, TKO or disqualification is the only way to go in the Method of Victory Market.

Although Joshua has talked Takam up by saying: “He’s a big unit, 22 stone, and I think he will be harder [than Takam] to knock out because he’s incredibly durable,” the 28-year-old knows there isn’t boxer in the world who can live with his power.

Takam is an aggressive fighter who will do all he can to throw Joshua off his game plan but the home favourite will eventually start working his way into the fight and when it does, it’ll be lights out. So, back Joshua to win via a stoppage at 1/16 with Ladbrokes.

When it comes to the Round Betting Market, the bookies’ odds reflect the devastating power that Joshua possesses. The top of the market suggests that Joshua will make light work of Takam and while we agree that the fight will end in a knockout victory for Joshua, we’re not convinced that it will happen as quickly as many are predicting.

Takam is a tricky opponent who has shown throughout his career that he’s got strong chin. He’s only been knocked out once before and should actually be able to land a couple of blows in the early stages. Then there’s the fact that Joshua has had to change his preparations to deal with a shorter, stockier fighter.

In terms of a specific round, the 10/1 that Ladbrokes are quoting on the sixth round looks tempting. It could also be worth betting on there being over 4.5 rounds at 11/10 with William Hill.

Anthony Joshua to win by KO, TKO or Disqualification at 1/16 with Ladbrokes