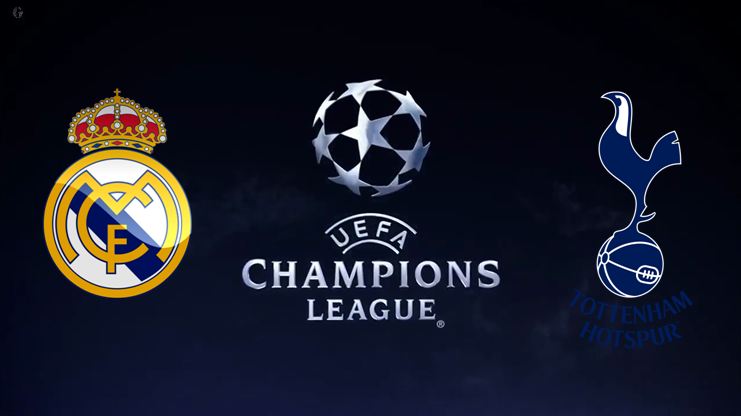 There is nothing between Real Madrid and Tottenham ahead of their double header. The two sides are joint at the top of Group H on six points and with six goals scored and one goal conceded for both, alphabetical order is all that keeps them apart before their meeting at the Bernabeu on Tuesday night.

Although it’s been far from the perfect start to the season for Real Madrid, the two-time defending champions are the favourites to win the Champions League. They are also the firm favourites to beat Spurs at home and put themselves into a commanding position in Group H. Real have won three of their four games against Tottenham but this is arguably the strongest Spurs team that they’ve ever faced.

A 1-0 win over Bournemouth does not appear the best preparation for a game against one of the best teams in the world but Mauricio Pochettino was very happy with the way in which his players dug deep to claim their first Premier League win at Wembley Stadium on Saturday. They’ll certainly have to dig deep in the Spanish capital to take anything back to North London with them but Pochettino’s men have won big games away from home in the Premier League in recent seasons and will look upon Tuesday’s match as one to get excited about rather than to fear.

The 4/9 that Ladbrokes are quoting is the best price that you’ll find about Real Madrid winning while Spurs are available at 29/4 with Sportingbet. That 4/9 may not look like a huge price on the home side but if anything, it reflects respectfully on Tottenham’s quality. Real Madrid are expected to steamroller teams at home but Spurs’ consistently high level of performance means the bookies have been careful not to completely write them off.

Tottenham’s away form (they’ve won all five of their games away from Wembley this season) and Real Betis’ win over Real Madrid at the Bernabeu will give the fans travelling from London increased reason to be hopeful but we expect the home side’s extra quality to tell.

Real Madrid have won an incredible 32 of their last 37 Champions League games (just one of those games ended in defeat for the Liga champions) while Tottenham have won just three of their last 12 European games on their travels. Tottenham are sure to have their moments on Tuesday but 4/9 does look a good price about the home side.

Tottenham’s two wins in their opening two Champions League games came without Dele Alli. The young midfielder was at the heart of most of what was good about Spurs last season but he’s yet to hit his stride this season and, as he serves the final game of a three-match suspension, Alli’s absence will allow Pochettino the chance to make his midfield as combative and difficult to bypass as possible.

That will be vital against a Real Madrid side packed with top quality midfielders including former Tottenham star, Luka Modric. Alongside Toni Kroos and Casemiro, Modric’s job is to control possession and create chances for their all-star attacking line up. Although the midfield have generally carried out their duties well this season, Real have a distinct lack of goals so far. They were far from their best against APOEL in their first Champions League game and have scored just 15 goals to Barcelona’s 24 in La Liga.

When you consider that Tottenham have one of, if not the best, defensive units in the Premier League, it makes sense to expect a relatively low scoring affair at the Bernabeu. Real should have the firepower to secure the win but rather than backing them to win big, take the 9/1 that William Hill are quoting on the home side winning 2-0.

If anybody is going to grab this game by the scruff of the neck for Tottenham, it’s sure to be Harry Kane. The England striker’s goalscoring record in recent years has propelled him into the realm of the world’s elite players. As with anybody who does that, Kane has been linked with a move to Real Madrid and he’d dearly love to show what he can do at the Bernabeu.

If you think Kane can score the game’s first goal, he does look a decent price at 5/1 with Sportingbet. However, we think it will be a Real Madrid player who scores first. Can you look past Cristiano Ronaldo at 12/5 with Bet365? Well, maybe Isco offers better value at 17/2 with Sportingbet.

Real Madrid to win at 4/9 with Ladbrokes