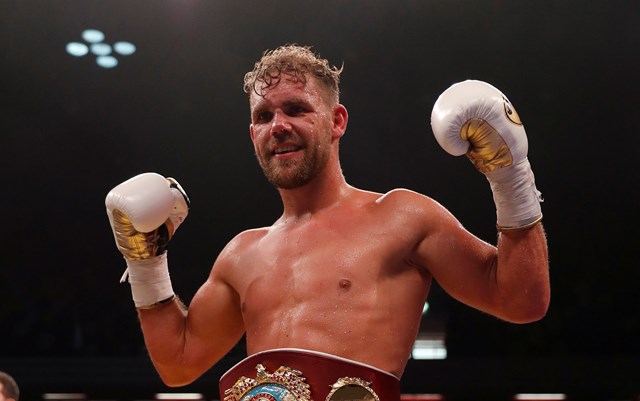 Billy Joe Saunders is bullish ahead of the biggest fight of his career. The 28-year-old Englishman promised his opponent, David Lemieux, the entire fight purse if he gets knocked out. You may not think that’s too big a deal for a middleweight bout but Lemieux is the hardest hitting boxer in the division and Saunders is facing him on Lemieux’s home turf in Montreal.

Saunders is also talking up the prospect of a bout with Saul Alvarez after he makes the third defence of his WBO middleweight belt. English fight fans must hope that the undefeated Saunders doesn’t get distracted by the future. Lemieux has knocked out 33 opponents and he’s ready to punish even the slightest whiff of complacency from his opponent.

Despite the fact that Saunders is fighting on foreign soil and Lemieux’s strong early record, the bookies make the Englishman the narrow favourite. The best odds you can get on Saunders are the 5/6 that Coral. That looks a fair price to us.

Saunders should win this fight. There is no question that Lemieux has the power to end the fight with one clean punch but Saunders is well aware of the strength of his opponent. There’s a reason Saunders has been ratcheting up the trash talk ahead of the fight. He wants to wind Lemieux up so he goes looking for an early win. If Saunders can stay out of trouble while tempting the Canadian to swing for the fences, he’ll be able to utilise his impressive technical skills to claim a points win.

The main problem with that strategy is that Saunders has to do enough to show the judges he deserves the win. It’s always tougher getting a points decision away from home and we’ve certainly seen some awful judging decisions over the past year.

Lemieux has lost fights before because he tired himself out too early but you can’t question the heart of a man who’s never shirked a big fight. He gave his all against Gennady Golovkin before being stopped and while Saunders is unlikely to force a stoppage, the English fighter should have enough to extend his unbeaten run to 26 fights.

The fact that you can get the same price about Billy Joe Saunders winning via decision and David Lemieux winning via a stoppage tells you a great deal about the different strengths of the two fighters. It also tells you how they’ll approach the fight with Saunders banking on his technique and Lemieux on his power.

From a fight fan’s perspective, the Montreal bout is set up wonderfully. We think Saunders will have enough to defend his belt but he’ll need grit, a well executed game plan and a strong chin to do so. Saunders winning by a decision or technical decision looks the best bet in the Method of Victory market at 7/4 with Ladbrokes. If you are thinking of a bet on a Lemieux knockout win to give you a bit of insurance, there are better options waiting for you in the Round Betting market.

Like Saunders, David Lemieux is also just 28. If he remains healthy and hungry, the Canadian has plenty of years left and he’ll surely have other chances for world championships even if he is beaten on Saturday night. It just feels as though he’s been around for longer.

When Lemieux first burst onto the scene there was a great fuss made over him because of his devastating punch power. None of his first six fights got out of the first two rounds and the early knockout victories kept coming as the quality of his opposition steadily increased. Lemieux didn’t taste defeat until his 26th and 27th fights when he made the same mistake of going too hard, too early against both Marco Antonio Rubio and Joachim Alcine.

Although he’s been keen not to repeat those errors since, Lemieux is well aware that his best chances at the top level come by backing his power early on. Expect Saunders to have to weather an early storm and if Lemieux catches the Englishman there’s a small chance it could be all over in the second round at 25/1 with Stan James.

Billy Joe Saunders to win at 5/6 with Coral