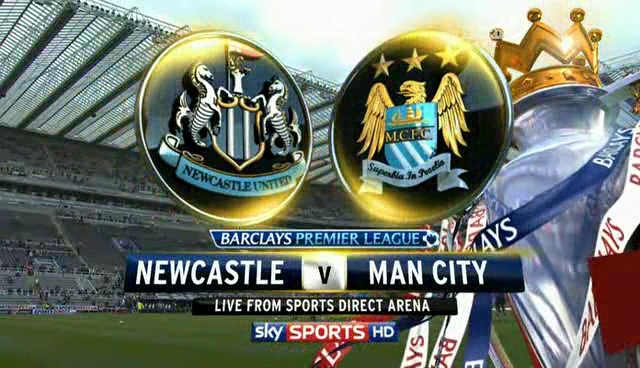 Newcastle and Manchester City both had early Christmas presents on Saturday afternoon. Newcastle were gifted three points thanks to some terrible West Ham defending and finishing at the London Stadium while Man City looked as good as ever in their 4-0 dismantling of Bournemouth.

For City, 4-0 wins at home are becoming the norm. Pep Guardiola’s side are comfortably the best team in the country and it’s now a matter of when, not if, they go on to win the title. For Newcastle, wins are rather less routine. The West Ham game is the only one they’ve won in 10 and although hopes are high for a swift end to the negotiations to sell the club, the real battle is for Rafa Benitez and whether he keep Newcastle in the Premier League with a team short of quality.

If Newcastle are to avoid the drop they’ll have to prioritise games against the teams around them. Benitez knows this as well as anybody as was clear from the Magpies’ performance against West Ham. Having taken a defensive approach into most games this season, Newcastle were far more expansive in East London and were unlucky not to score more than three times.

Benitez will, understandably, adopt a different approach for the visit of Man City. Pep Guardiola’s side have already amassed enough points to finish eighth in last year’s Premier League and any team who has tried to take them on has been left with their tail firmly between their legs. Newcastle’s best chance of getting anything out of the game will be by keeping things tight and limiting the space available for Man City’s creative players to operate in. The bookies, however, don’t fancy Newcastle’s chances whatever tactics they employ.

It’s usually tempting to take full advantage whenever a Premier League side is available at 12/1 to win a home game. On this occasion though it is very difficult to foresee anything other than another three points for Man City. They are one of the best teams in Europe and there’s no sign of Guardiola’s men slowing down any time soon.

Despite the stark difference in quality between these two teams there’s little to get excited about a best price of 2/9 on Man City. A much more tempting option is the 23/20 that William Hill are quoting on the away team winning to nil. City kept a clean sheet in 10 of their last 14 away wins and they’ll be almost expected to repeat the trick at St James’ Park.

The amount of attacking quality in the Man City ranks means they can put four or five goals past any Premier League side when they’re in full flow. This presents plenty of tempting options in the Correct Score market but we may be in line for a slightly lower scoring game than many expect.

Rafa Benitez has an uncanny ability to get the best out of his players and even throughout their problems this season, Newcastle have made life difficult for some of the league’s best sides. They secured a point again Liverpool, took the lead against Chelsea and Man Utd and narrowly lost 1-0 against Arsenal at the Emirates.

Man City will have the vast majority of possession and will look to pull the Newcastle defence apart. But with Guardiola concerned about the effects of the hectic Christmas schedule, City may well decided to slow things down after taking the lead. 2-0 is the shortest priced option in the Correct Score market but 7/1 looks a good price about a comfortable, if unspectacular Man City win.

David Silva has long been a fan favourite at Man City. His ability to pick a pass, keep the midfield ticking over and pop up with the odd goal means he’s been an important player for every manager at City since he joined the club from Valencia. But this season, Silva’s reached another level.

Whether it’s because his game has matured at the age of 31 or because of the quality of players alongside him, Silva’s arguably been the most effective player in the Premier League this season. He’s already been involved in more goals this season than all of last season and Silva looks a good bet to come up trumps with another important goal by scoring first against Newcastle at 8/1 with Ladbrokes.

David Silva to score first at 8/1 with Ladbrokes