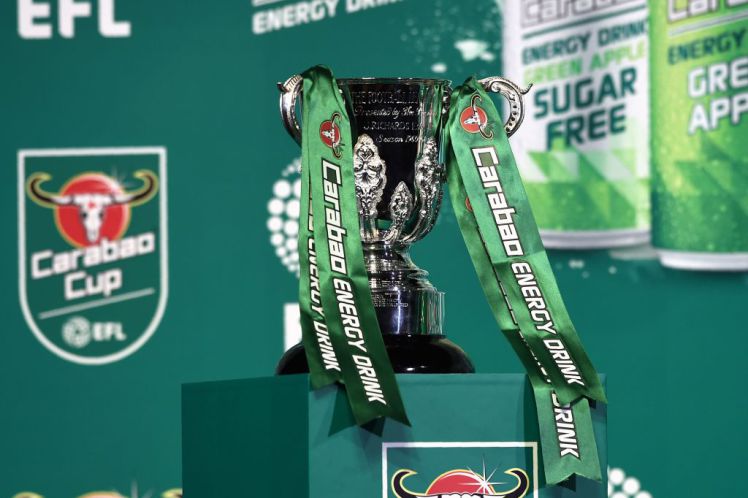 Arsenal and Chelsea meet for the fourth time this season on Wednesday night. The two London rivals have so far been inseparable with three draws but something has to give at the Emirates even if they have to rely on extra time or penalties.

The first leg of this Carabao Cup semi final was a relatively drab 0-0. That was the second goalless draw between Chelsea and Arsenal at Stamford Bridge. Neutrals will hope that the second leg is much more like the Premier League encounter between these two at the Emirates. Both teams held the lead in that pulsating 2-2 draw and the prize of a final at Wembley may well coax out another classic.

Despite not getting the better of Arsenal in any of their last five meetings, Chelsea go into Wednesday’s match as the bookies’ favourites. There’s little doubt that the Blues are the stronger of the two teams (just look at their league position) but equally, there’s little doubt that Arsene Wenger’s side have upped their game against the defending Premier League champions.

At Stamford Bridge, Arsenal were resolute in defence and committed in midfield. Chelsea fans may have been unhappy with some of their team’s finishing in those matches but Arsenal fans will feel they deserved those two draws. They’ll also feel they have a better chance than the bookies suggest, especially on the back of their thumping 4-1 win over Crystal Palace.

This is should be a very tight, very tense match and we think it’s going to go beyond the 90 minutes. Therefore, it could well be worth betting on another draw at 12/5 with Coral.

For Arsenal, the build up to Wednesday night’s match was clouded by Alexis Sanchez’s move to Man Utd. Arsene Wenger has admitted that the Sanchez saga has affected his players. He hopes that will all change now it’s been resolved but the simple fact is that Arsenal have lost one of their best players.

Chelsea will arrive at the Emirates ready to darken the clouds surrounding their London rivals. It may take them longer than 90 minutes to finally see off the challenge of the home side but Chelsea are the team most likely to book their place in the Carabao Cup final. So, we recommend backing the Blues in the To Qualify market at a best price of 4/6 with Ladbrokes.

If Wednesday night’s game is to end in another draw, there’s every chance that it will be on the more entertaining side of things. Both Arsenal and Chelsea scored four goals on the weekend and while they’ll put up stiffer resistance than either Crystal Palace or Brighton did, it looks a match where the attacking players will be in the ascendancy.

We saw in the Premier League game at the Emirates just how quickly this game can spring to life with all four goals coming in the second half. With more chances and goals expected for both teams, a repeat of the 2-2 score line from early January’s league encounter between Chelsea and Arsenal looks a good price at 14/1 with William Hill.

The Carabao Cup is usually right at the bottom of the priorities of Premier League clubs at the start of the season. Heavily rotated teams for the first few rounds are the norm but managers tend to take the tournament increasingly serious the closer they get to potential silverware. That’s the case with both Arsene Wenger and Antonio Conte who will be putting out the strongest teams available to them at the Emirates.

Both managers have a wealth of attacking talent to choose from and, therefore, so do punters looking to place a bet in the First Goalscorer market. Alvaro Morata is the favourite to net first but the Spaniard has looked woefully short of confidence lately. He was especially wasteful at the Emirates and won’t be relishing the his return to North London.

If you’re backing a Chelsea player to score first it’s hard to look past the magnificent Eden Hazard. He is one of the best attacking midfielders in Europe and is in very good form so looks a decent price at 11/2 with Bet365. From an Arsenal perspective, Mesut Ozil looks the best value to score the game’s first goal at 12/1 with 888Sport.

Match result draw at 12/5 with Coral

Chelsea to qualify at 4/6 with Ladbrokes