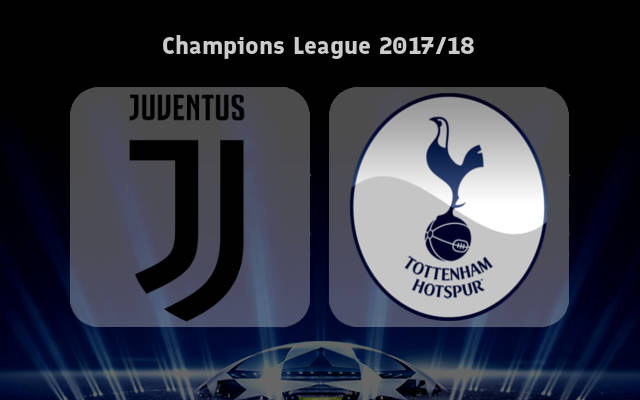 Tottenham fans all over the world woke up with a spring in their step on Sunday morning. Victory over Arsenal in the North London derby didn’t just give Tottenham local bragging rights, it also gave them an extra bit of confidence to take into their huge Champions League match against Juventus on Tuesday night.

The derby day win made it five home wins in a row in all competitions for Tottenham. While all talk of a Wembley jinx has been ended, there is still room for improvement in Spurs’ away form. They’ve been beaten in four Premier League games on their travels and are without a win in three away games.

It will take a herculean effort for Spurs to change their away day fortunes against a Juventus side who have won all but three of their matches at Juventus Stadium this season. Max Allegri’s men are also on a run of 11 straight victories and have understandably been installed as the bookies’ favourites for the first leg of their round of 16 tie against Tottenham.

Juventus are the odds-on favourites but the bookies are by no means writing Spurs’ chances off (they’re 18/5 with 888Sport). That shows you the level of respect with which Pochettino’s men are widely held, a respect which only grew with their group stage victories over Borussia Dortmund and Real Madrid. Tottenham also beat Dortmund away from home and came away from the Bernabeu with a point so can they do something similar against Juventus?

We’re not so sure. Tottenham have improved dramatically under Pochettino’s management but Juventus are still a level above the North Londoners. We’re talking about a team who have won the scudetto in each of the last six seasons and have reached two of the last Champions League finals.

There are areas of concern for Juventus. They’re being pushed all the way domestically and still trail Napoli in Serie A by one point. That’s left the Juve squad with some tired legs as well as the injuries suffered to Benedikt Höwedes, Juan Cuadrado and Blaise Matuidi. While Paulo Dybala faces a race to be fit, Tottenham will be able to call on Harry Kane, Christian Eriksen and Dele Alli who are all capable of impacting games at the very top level.

There’s no doubt that Juventus must be at their best to beat Tottenham but their form in Turin, their experience at this level and their sheer class make Juve look a good price at 10/11 with Bet365.

The number one task for Tottenham on Tuesday night is to keep the tie alive. They cannot afford to be blown away at the Juventus Stadium like Barcelona were in last season’s Champions League quarter finals and at the very least need something to cling onto for the return leg at Wembley.

Ideally, Spurs would grab an away goal or two to boost their chances of qualifying for the quarter final but Pochettino would settle for limiting Juventus’ chances. Spurs have the quality to overcome a 1-0 deficit at home against any team in Europe and their work rate and defensive solidity should ensure they keep things tight in Turin.

To try and capitalise on this, have a bet on Juventus winning the game by the slimmest margin and take the 11/2 that Betfred are quoting on the 1-0 correct score.

With Dybala likely to start on the bench against Tottenham, Gonzalo Higuain has the opportunity to utilise his big match experience and come up with the goods for Juventus once again. After a tricky start to life following his big money move to Juventus, Higuain cemented himself as a vital cog in the Juventus machine and he’s been just as good this season with 14 goals to date.

At 10/3 with Ladbrokes, Higuain is the man most likely to break the deadlock in what could well be a very tight encounter. If you think that Tottenham will take an away goal back to London with them, it’s very tough to look past that man Kane at 21/4 with 888Sport. He relishes performing on the biggest stages and has another chance to show his class to the world on Tuesday night.

Juventus 1-0 correct score at 11/2 with Betfred