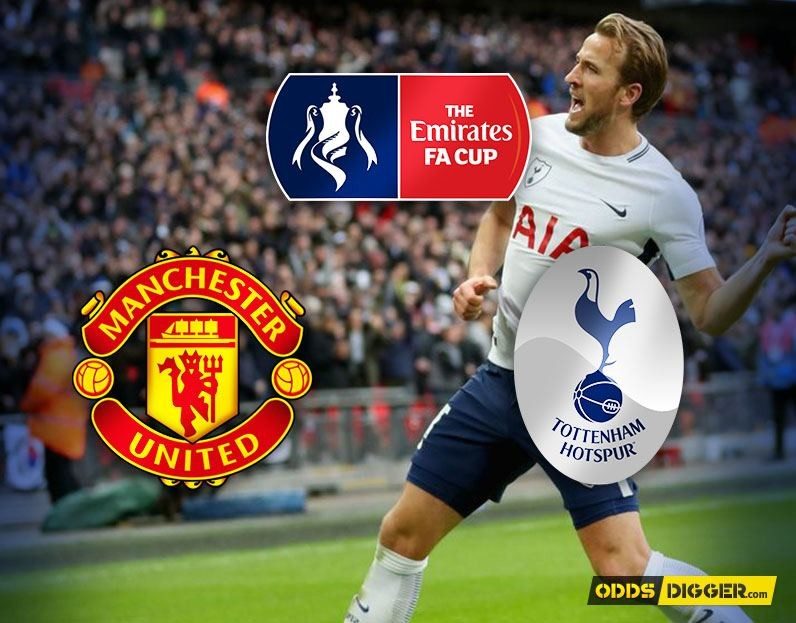 Saturday’s FA Cup semi final between Man Utd and Tottenham is a battle of substance versus style.

In the red corner, we have Jose Mourinho. The United manager has built an incredibly successful career on doing whatever he believes is necessary to get his teams to win. The 55-year-old has won major trophies all over Europe but his critics claim that his overly defensive approach since taking over at Old Trafford shows that he is losing touch with the modern game.

In the white corner, we have Mauricio Pochettino. His work in crafting one of the most attractive and yet effective Premier League teams at Tottenham has won praise and admiring looks from all over Europe. And yet, Spurs have nothing to show in terms of silverware for all of Pochettino’s good work .

This year’s FA Cup represents a great opportunity for Tottenham to win their first major trophy in a decade. It also represents a chance for Mourinho to show that his methods still work and that Man Utd’s investment in him will pay dividends in the medium to long term.

With so much on the line we are assured a close battle at in a sunbathed Wembley Stadium. This is a fixture worthy of the FA Cup semi final but what’s the best way for punters to approach it?

As soon as Tottenham beat Swansea in the sixth round of the FA Cup, people started suggesting that they should have their semi final moved away from Wembley as it gives them an unfair advantage. Spurs have been playing their home games at the national stadium this season and have grown increasingly comfortable in North West London.

It’s not all been plain sailing for Pochettino’s men at Wembley though. They’ve lost four times in all competitions including when they were knocked out of the Carabao Cup by West Ham and the Champions League by Juventus. Mourinho will know all about those games and will tell his players to target Spurs’ mentality, something which has been (somewhat unfairly) criticised in recent years.

What Mourinho won’t be doing, however, is targeting a fast start. He’ll be content to keep Tottenham at bay in the early stages having seen his Man Utd team concede inside just six minutes during their 2-0 defeat at Wembley in January. That sort of approach should keep United in the game throughout but it won’t win over the fans who are crying out for more entertainment.

There is no question that the Tottenham changing room is a happier place than Man Utd’s and it’s that mentality which could make all the difference. We think Spurs will be able to book their place in the final but it may be worth being more cautious than simply backing them to win at 5/4 with Bet365. This could go beyond the initial 90 minutes so bet on Tottenham to qualify at 4/7 with Paddy Power.

The bookies are clearly expecting a tight affair late on Saturday afternoon. The shortest priced selections in the Correct Score market all reflect either draws or narrow wins and on this occasion we’re happy to agree with their analysis.

Both Tottenham and Man Utd won their home fixture against their semi final opponents and recent results between the two have been pretty evenly shared. Nerves will also play their part during the match and it would be no surprise if the game remains in the balance as we approach full time. Both the 1-0 and 0-0 scorelines are tempting from a betting perspective but a better option may be to bet on under 2.5 goals at 5/6 with Ladbrokes.

Harry Kane marked his return from injury with yet another goal for Tottenham in midweek. His strike against Brighton was typical of Kane’s sharpness in threatening areas but his all round performance wasn’t quite at the level that we’ve come to expect of the England marksman. Some believe that he has rushed his return to the first team and if the Man Utd defence hold firm, Spurs may need somebody else to step and be their hero at Wembley.

That man could well be Christian Eriksen who is 9/1 to score first with 888Sport. He’s on a good run of goalscoring form, can score inside and outside the area and is desperate for silverware so back him to open the scoring at Wembley.

Tottenham to qualify at 4/7 with Paddy Power

Christian Eriksen to score first at 9/1 with 888Sport