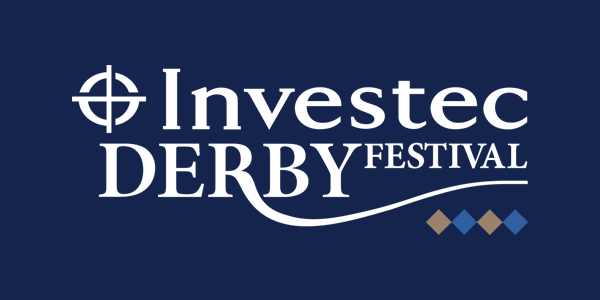 There are lots of reasons why every flat racing trainer wants to win the Epsom Derby. In fact there are nearly a million of them in what is the most lucrative contest in British history. It’s not all about money though. The Derby is the second colts’ Classic of the season and is often referred to as the ultimate test of flat racing.

Run over 1 mile, 4 furlongs, the Epsom Derby demands a certain amount of speed but the most important attribute is stamina. Time and time again we’ve seen well fancied horses fall by the wayside as their legs fail them in the latter stages of the Derby and stamina will be especially important in Saturday’s race given that the going is expected to be soft.

Saxon Warrior was among the favourites in the ante post betting for the Epsom Derby pretty much as soon as the markets were opened. The first thing you notice about the Japanese bred horse is just how big he is and when you look into his breeding he looks for all the world as though he is the perfect Derby horse.

It was Saxon Warrior’s breeding and the thought that his strengths lay more with stamina than speed that meant that there were a couple of horses above him in the betting for the 2000 Guineas. Many punters were only hoping that Saxon Warrior would give a good account of himself at Newmarket to justify their picking him for the Derby but he did much better than that. The way that he held off the challengers in the closing stages of the Guineas was so impressive that he was instantly cut to odds on for his Epsom appointment.

That price has drifted a little as heavy rain has made the going soft at Epsom but we think that’s just made Saxon Warrior more backable at Evens with William Hill. He has proven his versatility by winning his four races on four different types of ground and there are no concerns about his stamina over 1m4f even on the soft so Saxon Warrior remains the firmest of favourites.

Of the others towards the top of the betting, the chances of Delano Roosevelt should be respected. There’s a chance he’s best suited to the St Leger of all the Classics but we’ve seen that stamina is increasingly important and he has as much as any other horse in the field so could do something unexpected.

Favourites have a decent record in the Derby but this is a race that has a habit of producing the unexpected. Just 12 months ago Wings Of Eagles won at 40/1 and it’s not inconceivable that one of those towards the bottom of the betting could follow in his footsteps.

Masar will have a few fans at 25/1 with Coral while Kew Gardens is a well regarded horse who has turned in some decent performances so far this season so expect some money for him at 33/1 with Bet365 should he take up his entry. However, the best looking each-way option for the Derby is The Pentagon.

Another string to the bow of Aidan O’Brien, The Pentagon was very well supported for his last outing at Leopardstown. Punters were happy to forgive him for a poor performance on heavy ground on his seasonal reappearance and expected The Pentagon to return to his best. It wasn’t to be unfortunately as he was beaten by Hazapour and Delano Roosevelt.

That win for Hazapour saw his odds slashed and rightly so but it is not time to give up on The Pentagon just yet. Unlike Delano Roosevelt who looks like an out and out stayer, The Pentagon has a fair amount of pace about him. He should also have little trouble getting the trip. O’Brien expects this colt to keep improving and the 25/1 that 888Sport are quoting about his chances looks to good to ignore for those looking for an each-way option.

Saxon Warrior to win at Evens with William Hill