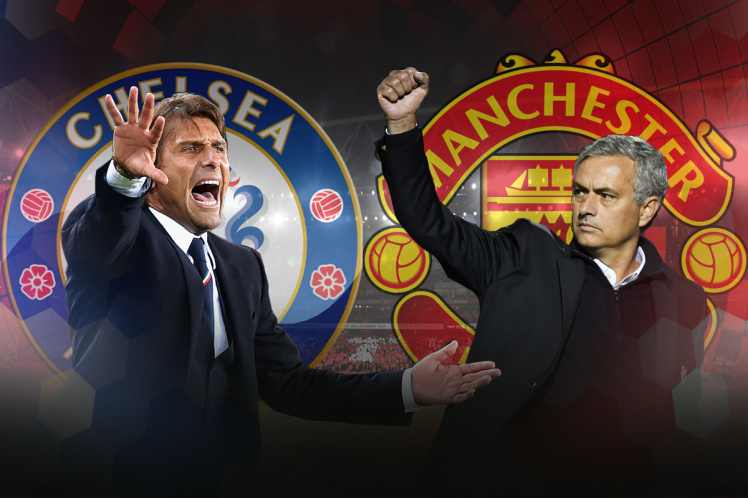 The FA Cup final is the showpiece event of the English football season. To be frank, we don’t always get a fixture that’s befitting of the prestige of the cup final but this year’s contest between Chelsea and Man Utd certainly fits the bill.

These are two of the biggest clubs in England, led by two of the best managers in the game. Antonio Conte and Jose Mourinho famously don’t see eye to eye but there is a grudging respect for the other’s achievements while the two clubs have met in some huge encounters over the years.

The timing of the FA Cup final, coming at the end of tough seasons for both managers, adds something the pre-match build up. Mourinho has been dogged by criticism that he is too defensive to be Man Utd manager while this could well be Conte’s final match as Chelsea manager following a series of fallings out with players and the club’s hierarchy.

Only one manager will end their season on a high by hoisting the FA Cup high above their head but will it be Mourinho or Conte celebrating at Wembley?

Chelsea’s odds for the FA Cup lengthened after their horrible 3-0 defeat against Newcastle on the last day of the season. The Blue’s limp performance at St James’ Park summed up what has been a woeful defence of their Premier League title and raised more questions about Conte’s ability (or otherwise) to motivate his players.

All of Chelsea’s players will be expecting a new manager to come in over the summer while some are reportedly looking to engineer moves away from the club due to their lack of Champions League football.

In contrast, Jose Mourinho has only recently signed a new contract as Man Utd manager. The fans may not be universally convinced about his approach but the players have no choice other than to dig in and give their all for their manager. The United players certainly performed in the finals of the League Cup and Europa League last season and we think they’re a good bet to win yet more silverware under Mourinho.

That said, this is surely going to be a tight game. So, rather than betting on Man Utd to win the match, take the safer option of backing United to lift the trophy at 4/5 with Bet365.

It’s fair to say that the bookies are expecting a tight game early on Saturday evening. That’s evident by the shortest priced selections in the Correct Score market and by the fact that under 2.5 goals can be backed as short as 1/2 with William Hill.

Although everybody is expecting a tight match, Conte and Mourinho will be worried about the quality of their opponents. Both sides are capable of taking the match away from the other if given the chance so expect the two managers to send their teams out with express instructions to keep things tight in the early stages.

That does not mean that the game is going to end goalless, however. There is too much talent on display and too much to play for. While calling the correct score looks a tough task, you do have options for you betting. First, consider backing the second half having more goals than the first at 5/4 with Paddy Power. Second, a bet on both teams to score in the second half is a riskier but tempting option at 10/3 with William Hill.

Olivier Giroud and Alexis Sanchez have some very happy memories of playing at Wembley during their time together at Arsenal. They’ll be up against each other on Saturday but both players have a very good chance of coming up with the goods.

Although it’s Giroud who has had the better time of it since his January move to Chelsea, it’s Sanchez who you should consider betting to score Saturday’s first goal at 13/2 with Coral. Sanchez’s best performance in a Man Utd shirt came in the FA Cup semi-final against Tottenham and he is primed to rise to the challenge of performing on the big stage once again.

Alexis Sanchez to score first at 13/2 with Coral