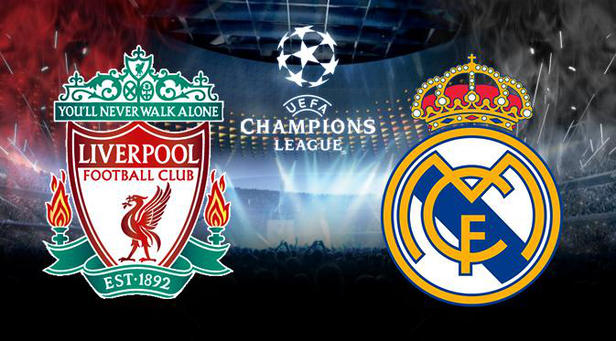 Winning the Champions League in consecutive seasons was held up as the holy grail of European club football for years. Some of the very best teams in European history have tried and failed to defend the Champions League after its rebranding in 1992 but Zinedine Zidane’s Real Madrid managed it last year and are now just one game away from an incredible treble.

Standing in Real’s way is perhaps the most exciting attacking side in Europe at the moment, Liverpool. Jurgen Klopp’s men have blown opponents out of the water with alarming regularity since their European campaign began with a 6-3 aggregate win over Hoffenheim in the playoff round of qualifying. Porto, Manchester City and Roma have all felt the force of Liverpool’s attacking threat but will Real Madrid’s experience at this level prove too much for the Reds?

Real Madrid may be the favourites to win thematch at the NSC Olimpiyskiy Stadium in Kyiv but Jurgen Klopp is not happy with Liverpool’s underdog tag. His team have shown just what they’re capable of this season and Saturday’s Champions League final gives the German a shot at personal redemption after his Borussia Dortmund were beaten in the 2013 final at Wembley.

Klopp’s time at Dortmund and his infectious personality meant he was welcomed with open arms by the Liverpool fans but they are most impressed by the team’s steady improvement under his stewardship. One of the biggest lessons he has learned is to rotate his team more so as to avoid a repeat of last season where their performance levels fell off a cliff after a good start.

Liverpool don’t quite have the squad depth to challenge for the Premier League title but their first team is good enough to compete with the best. The problem they have is that Real Madrid are the undisputed best team at this level. Real’s poor league campaign did see some criticism come Zidane’s way and they had to ride their luck more than a little en route to the final but no squad has more experience of European football’s biggest night.

That experience won’t completely negate the effects of nerves and it certainly won’t stop Mohamed Salah in full flight but it does give the edge to Cristiano Ronaldo and company in what should be a tight game. Liverpool’s fairytale could well continue but Real Madrid look the worthy favourites to lift the trophy at 8/11 with William Hill.

This season’s Champions League has had it all. We’ve seen Roma pull off the best comeback of the tournament’s history, 20 goals in the semi-finals and that Gianluigi Buffon sending off at the Bernabeu.

Liverpool and Real Madrid have very much played their part in this incredible Champions League campaign and they should combine to produce a fitting final. It’s not easy to call the winner but, as reflected in the Correct Score odds above, we should at least be assured that betting on goals makes sense. Consider backing over 3.5 goals at 6/5 with Betfred and the 2-2 draw which is 11/1 with William Hill.

You could almost hear the sharp intake of breath in Madrid when Cristiano Ronaldo was withdrawn at half time of the recent Clasico. Real Madrid managed to do enough to secure a draw at the Camp Nou but they knew their chances of winning the Champions League would be seriously diminished. Fortunately for their fans around the world, Ronaldo is fit to play and has been promptly installed as the bookies’ favourite to score the final’s first goal (just like he did last year).

Ronaldo is clearly Real’s biggest threat just like Mohamed Salah is Liverpool’s. The Egyptian broke all sorts of records in his first season at the club and is second only to Ronaldo in the goalscoring stakes for this year’s Champions League.

Either of those two could break the deadlock in Kyiv but it’s Sadio Mané who looks the best value at 8/1 with Betfred. The Senegalese forward has nine goals to his name already and will surely get into dangerous positions. Providing he can retain his composure, Mané may just get Liverpool off to the perfect start.

Sadio Mané to score first at 8/1 with Betfred