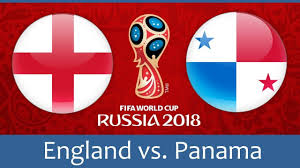 They made their fans sweat but England belatedly managed to pick up all three points in their World Cup opener against Tunisia. Harry Kane’s two goals bookended a performance that was thrilling at times and frustrating at others as the Three Lions wore down a belligerent display from Tunisia.

Gareth Southgate knows that his team must improve if they are to be major players at this World Cup but the England manager took plenty of positives from the Tunisia win. Southgate played a very attack minded team with Dele Alli and Jesse Lingard able to push forward from central midfield and he was particularly pleased to have options like Marcus Rashford and Ruben Loftus-Cheek on the bench.

Next up for England is a trip to Nizhny Novgorod for Sunday afternoon’s match against Panama. Hernan Dario Gomez’s team are the weakest in Group G who were comfortably beaten 3-0 by Belgium despite a battling performance which sometime overstepped the mark.

England are the firmest of favourites in the betting for Sunday afternoon’s match. The biggest odds you can get on Gareth Southgate’s men doubling their points tally is the 2/11 that Ladbrokes are quoting.

That may well be a very short price but it is hard to argue that it’s anything but an accurate reflection of the relative strengths of these two teams. Whereas England booked their place in Russia with minimal fuss, a late Roman Torres goal against Costa Rica and the USA’s shock defeat against Trinidad & Tobago somehow combined to take Panama to their first ever World Cup finals.

Their physical and, at times, confrontational approach to the match against Belgium wasn’t welcomed by Roberto Martinez but it did show that Panama will not die wondering. Lacking in quality they may be but this Panama team are a very strong unit so this will be no walkover for England.

Southgate is set to play as an attack minded a team as he did against Tunisia to hopefully avoid England being overly frustrated and that’s an approach that should pay off. England will also be keen to ensure that they don’t throw away the lead should they secure it early on and for those reasons the England/England selection looks well priced in Ladbrokes’ Half Time/Full Time market at 7/10.

It is no surprise to see that selections reflecting England winning to nil are right at the top of the Correct Score market. Not only will England have plenty of goalscoring options on the pitch and on the bench at the Nizhny Novgorod Stadium, Panama lack a genuine goalscoring threat.

One of the areas in which England must improve is in defence. A better side than Tunisia would have created more changes than the Carthage Eagles and the England back-three were a little slack in possession. The England defence should improve for that first match and won’t be put under any great pressure by Panama so the England 3-0 correct score looks well priced at 11/2 with Bet365.

Although Tunisia’s defence kept England at bay for long periods of Tuesday night’s match, the number of times that England burst through in the first half meant Tunisia were never fully comfortable. England created so many chances in the first 25 minutes that they probably should have been out of sight by half time were it not for some wasteful finishing.

That Harry Kane was able to hit the ground running at the World Cup is very encouraging and as for his supporting cast, they should improve for that first appearance in much the same way as the defence should. At this early stage it is better to create chances and miss them than to run out of ideas and the likes of Raheem Sterling, Dele Alli and Jesse Lingard will be itching to get back onto the pitch.

Of that trio, it’s Lingard whose place is most in danger. Southgate is unlikely to pick such an attacking team against Belgium or in the knockout stages and you get the feeling Lingard still needs to prove himself. That could make a bet on Lingard scoring first against Panama worth a shot at 27/5 with Unibet.

Jesse Lingard to score first at 27/5 with Unibet