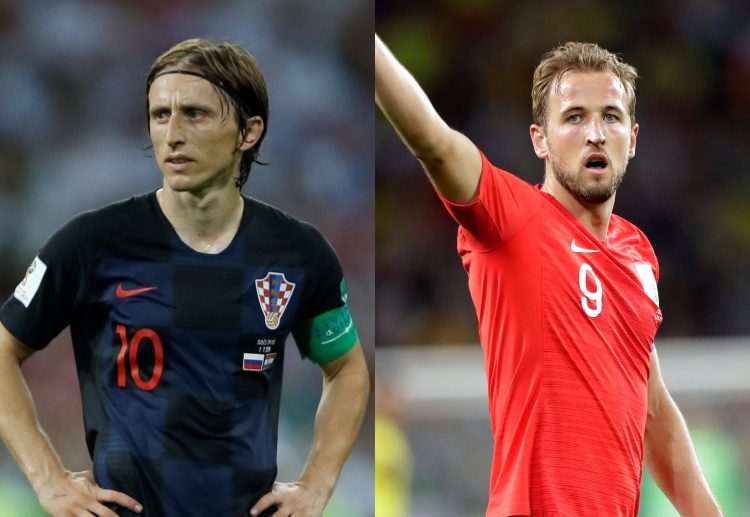 Croatia were picked out as many people’s dark horses for the 2018 World Cup. Zlatko Dalic’s men have lived up to that billing somewhat by progressing to the semi-finals but rarely have they played with the sort of creative flair and verve of which such an obviously talented squad are capable. Rather, Croatia had to rely on penalty shootouts to get past both Denmark and Russia but they’ll need to up their levels to have a chance of knocking England out of the World Cup.

Gareth Southgate’s young lions have exceeded all expectations to make it to the final four. Yes, they benefitted from the draw opening up but England have so far taken full advantage of the opportunity presented to them. After showing their grit and courage to beat Colombia on penalties, England showed their class to beat Sweden 2-0.

England were in command for the vast majority of their quarter-final win and were able to rely on Jordan Pickford who made a trio of stunning saves to keep Sweden at bay when they desperately chased the game in the latter stages. The Three Lions will take great confidence from that performance and will look to be similarly dominant against Croatia.

Many England fans were put off from travelling to Russia this summer because of fears about violence stemming from the trouble that flared up in Marseille during Euro 2016. Those fears have thankfully proven to be unfounded and the Russian fans inside the Luzhniki Stadium on Wednesday will likely be supporting England.

Not only did Croatia knock the hosts out of their tournament on penalties but Domagoj Vida rubbed salt in the wounds by shouting “glory to Ukraine” in a Facebook post after the match. England will welcome support wherever they can get it but are more than capable of rising to the challenge when things go against them. They stood up to the bullyboy tactics of Colombia and were untroubled when Sweden became increasingly physical in their approach as they desperately sought a route back into Saturday’s match.

From a tactical perspective, Southgate will no doubt have told his players about the threat posed by Croatia’s talented midfield but also that they have struggled to fire so far. If England can use the ball a little better than they did against Sweden and stretch Croatia’s shape, they can make the most of their opponents’ tired legs and book their place in the final by winning inside 90 minutes at 13/10 with Sportingbet.

Although Croatia were not at their best against Russia you cannot fault their fighting spirit. They recovered their composure after conceding a late equaliser against Russia and were similarly robust to bounce back from Luka Modric’s missed penalty in the dying embers of the match against Denmark.

That fighting spirit will stand Croatia in good stead against England, even if they do ultimately come up short. For that reason, if you are getting involved in the Correct Score market it could pay to side with a selection that reflects Croatia scoring. England 3-1 looks tempting at 22/1 with Ladbrokes as the Three Lions have pace on the bench who can hurt Croatia on the counter if they have to chase the game late on.

Croatian players were dropping like flies during the second half of extra time against Russia. That they were going down with cramp was understandable given that it was the second time in as many matches that they’d gone the distance but you can be sure England will be show no mercy.

England were a little sloppy with the ball in the early stages against Sweden but they tried to create chances nice and early just like they did against Tunisia, Panama and Colombia. Another fast start from the Three Lions could be to the benefit of Raheem Sterling.

The Man City’s forward did some great work against Sweden but was poor in front of goal. Sterling almost had too much time to think about his chances and would love the chance to regain some confidence in front of goal by prodding home from short range. That could just happen for him early on against Croatia so back Sterling to score first at a generous 8/1 with 888Sport.

England to win at 13/10 with Sportingbet

Raheem Sterling to score first at 8/1 with 888Sport