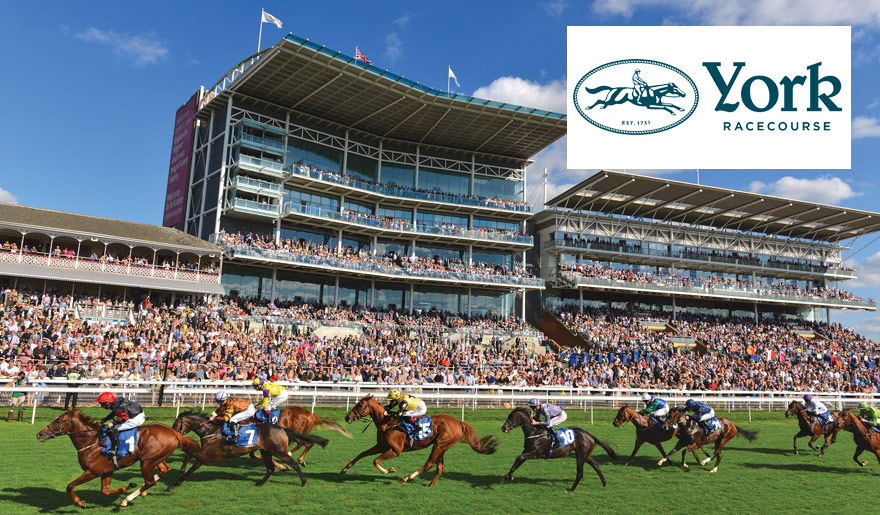 We’re moving towards the end of the flat racing season. There’s still a host of big races and meetings to enjoy before turning our attention to the jumps including this week’s York Ebor Festival.

This is the standout event of the year at York Racecourse and one of the area’s premier social events. As well as fashion, food and drink, the thousands who turn up to the course over the four day meeting will see some excellent racing and we’ve previewed the pick of the action for you below.

The Group 2 Great Voltigeur Stakes is named after the winner of the 1850 Derby and St Leger. It’s fitting then that this race is one of the main trials for the final Classic of the season. Some of the best three-year-olds over longer distances are set to go to post on the Ebor Festival’s opening day and in Latrobe we think we’ve found a great bet at 8/1 with Ladbrokes.

The past 12 months have very good for Joseph O’Brien. He trained Rekindling to win the 2017 Melbourne Cup and hopes Latrobe can provide yet more success at the highest level.

Latrobe showed the sort of improvement that sons of Camelot are so often capable of when winning at Group 1 level last time out in the Irish Derby and he can warm up for another tilt at a Classic by winning the Great Voltigeur Stakes.

The Juddmonte International is shaping up to be one of the most exciting races of the year let alone the Ebor Meeting. This is a race that became known over the years for it’s shock winners and although favourites have come up trumps for punters more regularly, the competitiveness of this field means another surprise is not out of the question.

Poets Word is a worthy favourite having comfortably beaten Cracksman last time out at Ascot but the best bet could be Saxon Warrior at 9/2 with Sportingbet. The Coral Eclipse is perhaps the best guide for the Juddmonte International and Saxon Warrior should have won this year at Sandown. He was beaten though, by Roaring Lion, but he had trouble in the finish and a little more luck could see the 2000 Guineas winner return to his best over the trip that his breeding suggests he should flourish at.

Enable was the filly of the year in 2017. Not only did she win both the Irish and British Oaks but she became the first horse to complete the double of the Epsom Oaks and the Yorkshire Oaks since Alexandrova in 2005. Injury has forced Enable out of a return to York this year but Forever Together goes into Thursday’s feature race looking to repeat Enable’s feat.

The main issue for Forever Together is the presence of Sea Of Class who is the bookies’ favourite across the board. Form in the Irish Oaks tends to hold up very well at York and we fully expect Sea Of Class not only to win again but to do so with in a less dramatic fashion than her triumph at the Curragh.

Racing doesn’t get much more fast and furious than the Nunthorpe Stakes. This five furlong, Group 1 contest always provides a thrilling finish and quite often rewards punters who take a risk. The last 10 renewals have seen winners at 20/1, 40/1 and even 100/1 so we’re going to swerve the odds-on favourite, Battaash and instead recommend taking a risk by backing Battle Of Jericho at 40/1 with Sportingbet.

Aidan O’Brien remains hopeful that his three-year-old has the raw speed to compete for major honours over sprint trips despite some poor performances where he looked very green. This would clearly be a very big step up for Battle Of Jericho but progressive younger horses have a good record in the Nunthorpe Stakes and he could just secure another surprise win.

The Ebor Handicap is the feature race of the final day of the Ebor Festival, the betting highlight of the entire meeting and one of the most valuable handicaps of the Flat Racing season. The competitive nature of the race and the size of the prize on offer means that many trainers will target their horses directly for the Ebor Handicap.

No trainer wants their horse to carry too much weight for this 1m6f contest (no winner in 16 races has carried more than 9st 4lb) so it makes sense to look for horses flying under the radar. Hochfeld could fit the bill perfectly at 33/1 with William Hill. He’s shown glimpses of some very good stuff this season and will have no problem getting the trip. Providing he gets some luck in-running, he can utilise his stamina to kick hard for home and grab at least a place.