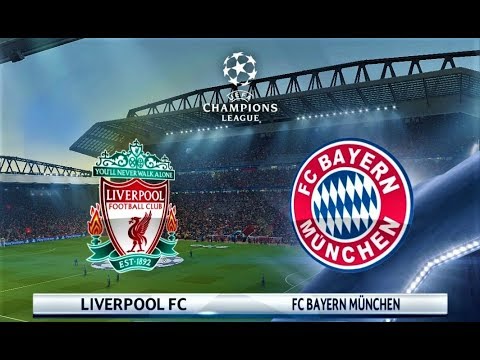 Jurgen Klopp gets a lot of praise for the positive impact he’s had on Liverpool since taking over at the club but less is written about what the German has himself learned during his time at Anfield. Having learned the hard way that there are consequences to the sort of high intensity, high tempo style of play that he employs, he now takes more precautions to ensure there is no repeat of the sort of performance drop offs he witnessed from his team in his first couple of seasons on Merseyside.

Those precautions include rotating his squad, playing with more pragmatism and taking the advantage to get some warm weather training in when possible. That’s what Liverpool did in Marbella recently head of the first leg of their Champions League round of 16 match against Bayern Munich.

Anfield will be buzzing on Tuesday night for the visit of the German champions and Klopp hopes that his revitalised players will be able to match the atmosphere. They’ll certainly need to against a Bayern Munich side who are packed full of European experience.

Whilst the Liverpool players were sunning themselves in Marbella, their opponents on Tuesday have been working very hard in Bavaria. Niko Kovac was able to take his player for some sun during German football’s winter break but currently he’s putting his hopes in the power of momentum.

After a very poor domestic campaign by their own high standards, Bayern are in the unfamiliar position of chasing Borussia Dortmund in the Bundesliga. As you would imagine, Kovac has been widely questioned as to his suitability for the Bayern job but he seems to retain the support of his players and can win any doubting fans over with a run through to the latter stages of the Champions League.

To do that Bayern will need to plot a path past last season’s beaten finalists. The bookmakers are finding it impossible to separate these two in the To Qualify market but Liverpool’s home advantage gives them the narrow edge on Tuesday night.

The Reds are not in the best form having dropped points against both Leicester and West Ham in the Premier League lately but they showed all of their attacking class when putting three past Bournemouth last time out. They’ll need to be every bit as clinical in front of goal against Bayern Munich who have more than enough firepower to score at Anfield. Therefore, rather than backing Liverpool, take the 23/10 that Paddy Power are quoting on both teams to score in a home win.

If we work on the premise that both teams are going to pose a major goal threat on Tuesday night there are several tempting betting options in the Correct Score market. Those who fancy another cracker under the lights at Anfield will seriously consider the 20/1 that bet365 are quoting on the Liverpool 3-2 selection as that’s the score they managed against PSG in their first match of this season’s Champions League.

We wouldn’t want to put anybody off having a big odds correct score play as it’s a market that requires a certain amount of luck for bets to land but a safer option could be the Liverpool 2-1 selection at 15/2 with bet365.

Roberto Firmino was the Liverpool hero during that 3-2 win over PSG. The Brazilian came off the bench to net the winner but unless he suffers an injury in training Firmino will certainly start against Bayern Munich.

Firmino is nominally Liverpool’s main striker but anybody who has watched them play this season knows that he does a lot more than scoring goals. He pops up all over the final third of the pitch to both shut the opposition down and offer an outlet for his team as they flood forwards.

The brilliance of Firmino’s regular partners in crime, Mohamed Salah and Sadio Mane, means that he is sometimes overlooked. That certainly looks the case in the First Goalscorer market for Tuesday’s match. Firmino loves coming up with the goods on the big stage and can do so again by scoring the game’s first goal at 6/1 with William Hill.

Roberto Firmino to score first at 6/1 with William Hill