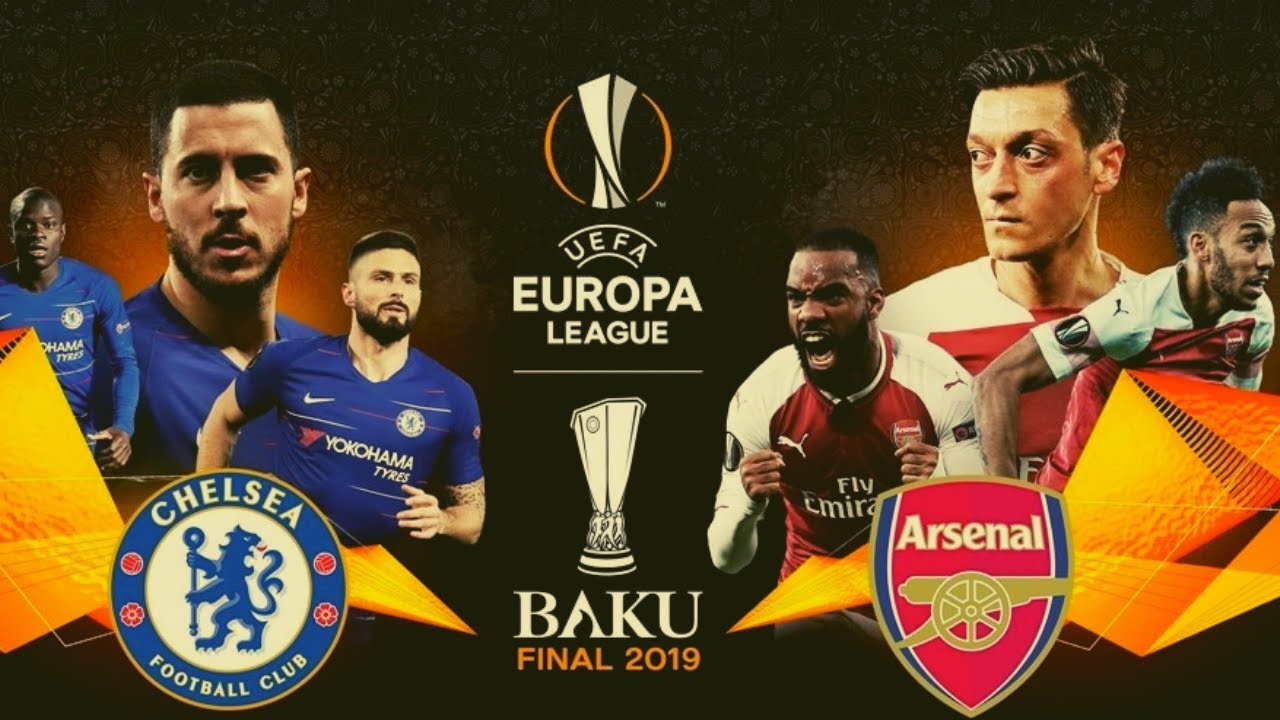 After Liverpool and Tottenham booked their place in the Champions League final following two incredibly dramatic semi finals, the pressure was on Chelsea and Arsenal to do likewise in the Europa League. The London rivals did not let the Premier League down and ensured a clean sweep of four English teams in this season’s European finals.

Arsenal made much lighter work of their semi final with Valencia than Chelsea did against Eintracht Frankfurt. The Gunners won both legs to further strengthen Unai Emery’s reputation as a master of this tournament whereas Chelsea had to rely on a penalty shootout at Stamford Bridge to see off the challenge of their Bundesliga opponents.

Although both clubs are clearly delighted to make it through to the final they’ve had to deal with a host of off-field problems caused by UEFA’s decision to hold the final in Baku. Tiny ticket allocations, incredibly convoluted travel arrangements and the ridiculous situation which will see Henrikh Mkhitaryan left in London due to concerns about his safety have dogged the 2019 Europa League final.

That’s a disappointing backdrop for such a big occasion but a fiercely contested London derby between two teams desperate for success should ensure that everybody is talking about the football after Wednesday night’s match.

It’s not that long ago that Chelsea were something of a bogey team for Arsenal but the Gunners have turned the tables in recent years. Chelsea’s 3-2 win at Stamford Bridge in August is their sole success over Arsenal in their last eight meetings but still the bookmakers have the West Londoners as the favourites on Wednesday night.

The 9/4 that bet365 are quoting about Arsenal looks even better when you consider the records of the two managers. Whereas Maurizio Sarri is yet to win a single trophy in management, Unai Emery won the Europa League three years in a row when he was in charge of Sevilla. Moreover, Sarri has faced calls for him to be sacked by the Chelsea fans and appears to be on the verge of leaving the club for Juventus whilst Emery is just at the start of a rebuilding process and has the support of the vast majority of Arsenal’s fans.

Chelsea may be the better team on paper but can you really justify making them the favourites to win the Europa League? We believe that both teams have an equal chance of winning on Wednesday night. They both have plenty of players capable of scoring and creating chances in their ranks despite injuries to the likes of Ruben Loftus-Cheek and Aaron Ramsey. Therefore, we’re expecting an exciting match in which both teams score, an outcome you can back at odds of 3/4 with Sportingbet.

The Correct Score market is a great place to turn if you are confident about who is going to win the Europa League final and are looking for a bigger risk/reward option. Given how tight the match promises to be, a bet on the 2-1 correct score either way looks tempting but those who fancy that it could take more than 90 minutes to separate Chelsea and Arsenal should consider a small stakes play on the 2-2 scoreline at 12/1 with Coral.

Eden Hazard’s penalty that sent Chelsea through to the Europa League final sparked scenes of jubilation at Stamford Bridge. It was a bittersweet moment though as it is likely to prove Hazard’s final contribution in a Chelsea shirt at the Bridge. The Belgian’s performances in the last few seasons with Chelsea have elevated him into the top echelons of world football and he continues to be linked with a big money move to Real Madrid.

Hazard loves life in London but knows he cannot pass up the chance to play in the Bernabeu as he reaches his peak. The 28-year-old is held in the highest esteem by the Chelsea faithful and would love to go out on a high. He’s been the match winner against Arsenal on a number of occasions and can at least get Chelsea started on the right note by scoring the first goal of the Europa League final at odds of 24/5 with 888Sport.

Both teams to score at 3/4 with Sportingbet