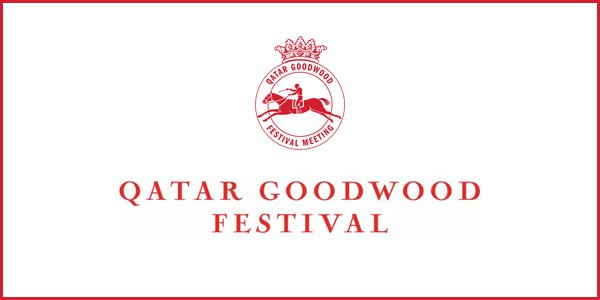 The British flat racing season has any number of standout meetings but in the midsummer period there’s nothing quite like the Qatar Goodwood Festival, best known to racing fans as Glorious Goodwood.

Set in the beauty of West Sussex, Glorious Goodwood has some excellent races across all five days of action. Every day has a standout feature race and we’ve gone through each of them for our Glorious Goodwood betting tips.

The Goodwood Cup forms the second leg of the Stayers’ Triple Crown and is one of the mandatory legs of the Stayers’ Million. Placed in that context it’s obvious how important this 2 mile contest is. It’s especially important to all of those connected with Stradivarius who is on course for another perfect season.

The John Gosden-trained five-year-old proved to be the best stayer in training when he won the Stayers’ Million last year. Although he was pushed very hard first by Southern France in the Yorkshire Cup and then Dee Ex Bee in the Ascot Gold Cup, he used his class and heart to grind out the wins.

Stradivarius is well fancied to keep the wins coming as he renews his partnership with Frankie Dettori at Goodwood and is a very worthy favourite at 4/5 with bet365.

The Sussex Stakes is one of the highest calibre races of the entire five day meeting. This Group 1 is run over 1 mile and has been won by genuine superstars such as Frankel (twice), Solow and Canford Cliffs. It would be stretching it to say that any of those in the field for the 2019 renewal are of that quality but we do have a fascinating head to head battle between Too Darn Hot and Circus Maximus in prospect.

The two last met in the St James’s Palace Stakes at Royal Ascot. That race has long been a very important indicator for success in the Sussex Stakes which will give Aidan O’Brien a lot of confidence about the chances of Circus Maximus. He was a relatively surprising winner that day when supplemented for the race. He’s had to be supplemented for the Sussex Stakes again but has not been missed by the market this time around.

Too Darn Hot did bounce back from his Ascot disappointment with his first Group 1 win as a three-year-old in Deauville but he’ll do very well to reverse the form on Circus Maximus who is generously priced at 5/2 with William Hill.

Fillies and mares take centre stage in the Nassau Stakes. This is a chance for three-year-old fillies to show their class against their elders at the very top level and members of the Classic generation have had the better of it in recent years.

The Nassau Stakes has also been a very good race for punters recently. Wild Illusion broke a run of three straight winning favourites last year and we’ve had just one surprise winner in the last decade with Winsili scoring at 20/1.

Hermosa looks a fair favourite given the quality of her performances this season but she is yet to be tested over anything longer than a mile. Mehdaayih, by contrast, heads to Goodwood on the back of victory in a Group 2 over this 1 mile 4 furlongs and was unlucky to run into traffic during the Epsom Oaks. With no concerns about her ability to get the trip, Mehdaayih gets the nod from us at 4/1 with Coral.

This is the big, high-class sprint of the week. The King George Stakes is run over just 5 furlongs and sees some excellent sprinters do battle for this prestigious Group 2. Charlie Hills knows more about this race than many and he is making it very clear that he believes his five-year-old Battaash is in pole position to complete his hat-trick in the King George Stakes.

After kicking off his season with victory in the Temple Stakes at Haydock, Battaash just found the excellent Blue Point too good at Royal Ascot. There was nothing wrong with his performance in the King’s Stand Stakes and he should be even better at a course that suits him more than most sprinters due to his small stature.

Sergei Prokofiev is a real danger to the favourite and may be worth each way support at 14/1 with Paddy Power but Battaash is the favourite for good reason and should live up to the billing at 4/11 with William Hill.

The ante post betting for the Stewards’ Cup is amongst the most interesting markets of the whole season. Any number of horses in this seriously oversubscribed and lucrative 6 furlong handicap have a chance of winning according to the odds. Although the last two winners went off at 20/1 and 25/1, the upper echelons of the market have produced the winner more often than not over the last decade.

Still, picking the winner of this race is no mean feat. To help narrow things down you should consider horses who head into the race on the back of a first or second place finish last time out and who have plenty of experience in this sort of sprint handicap, regardless of their age.

Flavius Titus has competed exclusively in sprint handicaps during his four-year-old season. This is the biggest field he’s faced since running in the Goodwood Racehorse Owners Group Handicap last year. Roger Varian’s gelding is a better, more experienced horse than his last trip to Goodwood and his eye-catching performances this season suggest he is well priced at 14/1 with Paddy Power off a competitive mark.

Stradivarius to win the Goodwood Cup at 4/5 with bet365

Mehdaayih to win the Nassau Stakes at 4/1 with Coral