Each of tennis’ four Grand Slams is held in equal esteem by players and fans. They are all very different tournaments in terms of their surfaces, venues and atmospheres though. Not every player enjoys the boisterous, brash feel of the US Open but there are many who keenly look forward to their annual trip to New York.

The 2019 US Open is set to be as entertaining and exciting as ever in both the men’s and women’s draw. In the men’s it’s tough to look past the big three despite the presence of so many up-and-coming players. In the women’s there are upwards of 20 women with a chance of winning so there’s some great value available with the bookmakers.

There are some very exciting young talents in men’s tennis at the moment. Daniil Medvedev, Dominic Thiem, Alexander Zverev and Stefanos Tsitsipas are all likely to win Grand Slams at some stage of their careers. However, they may have to wait until each of Roger Federer, Rafael Nadal and Novak Djokovic have hung up their rackets.

Countless words have been written about those three coming towards the end of their careers and yet they’ve won each of the last 11 Grand Slams between them. The bookies don’t believe that run is going to come to an end at the US Open and nor do we. Indeed, we think backing the winner of the tournament could be as straightforward as backing the favourite. 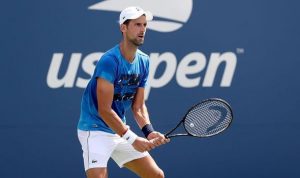 Novak Djokovic is one of those players who loves the atmosphere at Flushing Meadows. He’s often seen waving his arms at the crowd imploring them to make more noise, especially when things aren’t going to plan for him.

Djokovic will feed off the noise of the crowd should he need to dig deep but we don’t expect that to happen until the second week at the earliest. He is sure to prove too good for his opponents in the early round and can then ride the momentum he generates in the first week all the way to the fourth US Open title at 5/4 with Ladbrokes.

Serena Williams has history in her crosshairs in New York. She is the bookies’ favourite to win a record seventh US Open title and equal Margaret Court’s record of 24 Grand Slams. The American will be supported by the fans at Flushing Meadows and by many punters but you have to think her price looks a little skinny at a best price of 11/2 with bet365.

Williams had issues with her fitness this season and whilst she’ll likely make it through to the latter stages, a win could be just beyond her this time. American tennis fans could still be celebrating a winner of the Women’s Singles though given the recent form of Madison Keys.

The 24-year-old heads to New York fresh off her first Premier 5 title at the Cincinnati Masters. That was a very welcome and timely confidence boost, reminding Keys and the competition of just how good she is. Keys is a former finalist at the US Open and can go even better this year to win her first Grand Slam at 16/1 with Paddy Power.

Bianca Andreescu is another who could make a good run at winning her first Grand Slam. The 19-year-old Canadian has really started pulling up trees this season and has been seeded 15 for the US Open. Although she is still very tender in years, Andreescu has already shown that she can cope with a huge amount of pressure when winning the Rogers Cup.

Whilst many tennis fans are getting very excited about how far Andreescu can go, she is refusing to get carried away, remaining humble and putting in the work. That is a recipe for much more success and the open state of women’s tennis suggests a bet on Andreescu winning the US Open is in order at 14/1 with Totesport.