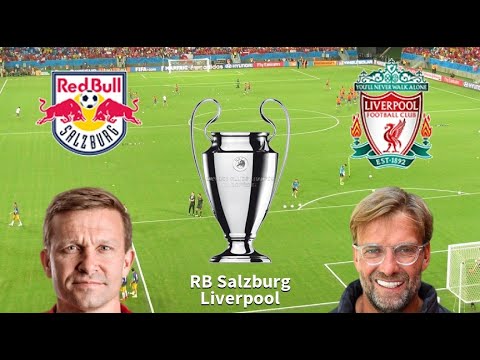 Things could not be going much better for Liverpool in the Premier League. The Reds are clear at the top of the table thanks to the start to the season of any club in any major European league. Jurgen Klopp does have the odd injury problem to deal with ahead of an incredibly busy spell but that’s a mere blip in what has been a stunning season to date.

Things are not quite as rosy in the Champions League. Klopp would have loved his team to have wrapped up qualification from Group E before their final match of the group stage but it’s still all to play for when Liverpool take on Red Bull Salzburg on Tuesday night.

Salzburg must beat the current European Champions if they are to make it through to the knockout stage whereas a point would be enough for Liverpool. The odds say that Klopp and his players will have more to celebrate but Salzburg have already proven to be very dangerous opponents so this will be no walk in the park for the Premier League side.

Salzburg have been one of the Champions League’s entertainers this season. Jesse Marsch and his players announced themselves on the big stage with a stunning goal blitz which saw them score five goals in the first half of their first Group E opener against Genk. That opening 6-2 win was followed by a thrilling 4-3 defeat at Anfield before they were on the wrong side of another high scoring scoreline against Napoli.

The battling 1-1 draw with Napoli and another comfortable win over Genk have kept Salzburg’s hopes of qualification alive right until the last round of fixtures. They’re also assured of a place in the Europa League at worst which they would have taken at the start of proceedings. That should take some of the pressure off the Salzburg players and allow them to play their natural, attacking game.

Marsch will surely think that an attacking approach is the best way to deal with Liverpool. The Reds are used to teams sitting back and trying to limit them the space to create. Klopp’s answer to that recently has been to play more long balls over the top and get the full-backs even higher and wider to stretch the game as much as possible. If Salzburg try to defend first and foremost they risk limiting their own strengths whilst not hurting Liverpool. No, they will play to their strengths which suggests another thrilling match.

Liverpool have more than enough quality to get through this match unscathed even with Klopp likely to maintain his recent policy of squad rotation. They’ll be made to work hard though which suggests punters should ignore backing Liverpool at odds on and instead take the 15/8 that Betfred are quoting on the European champions winning the match and both teams scoring.

It would take a brave punter to get involved in the Correct Score market for this match. Both teams have ample attacking options to score multiple goals so this really should be a fascinating watch in the early slot on Tuesday. With a lot of goalmouth action expected, it’s tough to get too excited about any of the options towards the head of the betting.

Instead, we recommend a smaller stakes bet on an outside option. The 28/1 that William Hill are quoting on Liverpool winning the match 4-2 fits the bill nicely.

Picking between the array of attacking talent on the field in the First Goalscorer market is tough enough without Jurgen Klopp’s recent rotation. The Liverpool manager is doing all he can to keep his players fit with the Club World Cup and Carabao Cup quarter-final against Aston Villa adding to the already jam-packed Christmas schedule.

Klopp has shown his trust in some of his fringe players lately and may decide to start the likes of Xherdan Shaqiri or Divock Origi in place of one or more of his feared front three of Sadio Mane, Mohamed Salah and Roberto Firmino.

If you are picking a player to score the game’s first goal, consider the 6/1 that 888Sport are offering on Erling Haaland. The in-demand Norwegian international is one of the hottest properties in European football thanks to his goalscoring exploits this season and he may well give Liverpool something to think about early on.