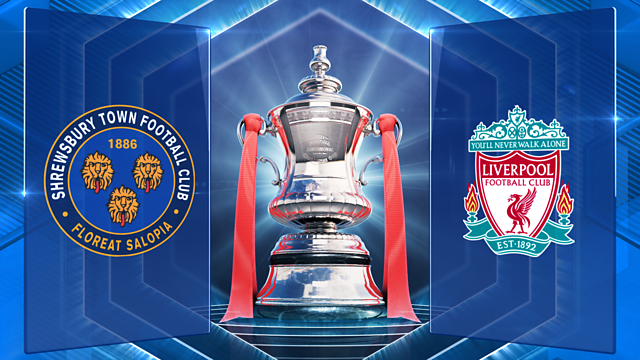 If there was any, tiny lingering doubts that Liverpool are going to finally going to win the Premier League they were extinguished on Thursday night. Jurgen Klopp’s men came through arguably their toughest challenge of the season to date, holding off a spirited performance from Wolves to snatch a 2-1 win at Molineux.

Liverpool have taken an astonishing 67 points from a possible 69 in the Premier League this season. They are now in such a strong position that Klopp can start prioritising other competitions safe in the knowledge that the title is all but wrapped up.

To that end, it will be very interesting to see how strong Klopp goes with his team for Sunday’s trip to New Meadow to take on Shrewsbury Town. He picked what was effectively a third-string team against Everton in the FA Cup 3rd Round and will likely shuffle the pack again with West Ham to come on Wednesday night.

The Shrewsbury fans may well want to see the likes of Mo Salah, Roberto Firmino and Virgil van Dijk in action but the Shrews manager, Sam Ricketts, will hope for as many changes as possible. Testing yourself against the best is all well and good but Ricketts wants to keep the FA Cup dream alive and the best chance of that happening is by taking on a Liverpool side that is a long way below full strength.

Clearly, even a heavily rotated Liverpool team should have enough quality to progress against League One opposition. Liverpool’s squad depth is a huge part of the reason why they have performed so well this season. Players such as Xherdan Shaqiri, Adam Lallana and Divock Origi would get into most Premier League teams but have had to remain patient this season.

Indeed, the introduction of players on the fringes of the Liverpool first team may turn out to be bad news for Shrewsbury. Every player who gets a start for Liverpool will seek to do all they can to impress Klopp. That suggests that Liverpool’s billing as the odds on favourites for this match is entirely fair. Rather than simply backing them at a best price of 1/2 with Coral though, take the 5/4 that Betfred are quoting on Liverpool winning with a one-goal handicap applied.

For Sam Ricketts, this is about more than just one game. Shrewsbury took great heart from holding West Ham to a 0-0 draw in the FA Cup 3rd Round before kicking on to finish third in League One so will take a huge shot of confidence if they are able to compete with the runaway Premier League leaders.

Ricketts certainly needs something like this as Shrewsbury’s season has gone a little flat. The former Wales international is under pressure to show that he has improved the team since replacing John Askey just over a year ago and will hope that a strong end to the campaign will create a platform they can use for next season.

Although nobody expects Shrewsbury to win, their fans will hope they can grab a goal. We’re not so sure. Even a much changed Liverpool team will have the vast majority of the ball and they should be able to escape New Meadow with a clean sheet and a comfortable win. That suggests a bet on the Liverpool 3-0 correct score is fairly priced at 10/1 with Coral.

The players at the top of the First Goalscorer market are unlikely to start the match. Sadio Mane was taken off against Wolves with a hamstring problem whilst Mohamed Salah and Roberto Firmino are expected to be named on the bench if they make the squad at all.

As we’ve seen above, Liverpool’s squad players have a chance to grab the limelight on Sunday. Takumi Minamino will be especially keen to score first at 11/2 with bet365 at New Meadow as he continues to settle in at his new club. The Japan international found the going tough during his Premier League debut on Thursday night but should have chances to score the first goal of his Liverpool career on Sunday.

Liverpool -1 Goal at 5/4 with Betfred

Liverpool 3-0 Correct Score at 3/1 with Coral

Takumi Minamino to Score First at 11/2 with bet365